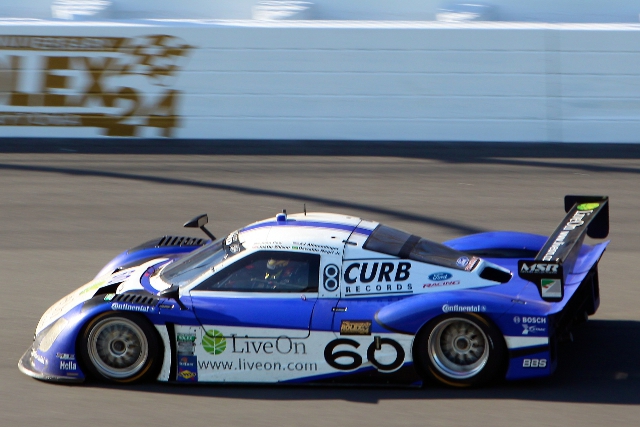 Michael Shank Racing will rely on a familiar driving quartet as the team start the TUDOR United SportsCar Championship season with victory in the Rolex 24 at Daytona (January 25-26).

The driving line-up was announced at Daytona International Speedway during the traditional Roar Before the 24 test that warms up the winter before the Rolex 24 itself. The line-up of Ozz Negri, John Pew, A.J. Allmendinger and Justin Wilson is the same one that won the 2012 Rolex 24 – Michael Shank Racing’s first victory in the race – and only differs from the 2013 team in the absence of Marcos Ambrose who was drafted in as relief for Ozz Negri who was recovering from an off-season mountain bike accident.

Pew and Negri will continue as the regular drivers of the team’s lone entry in the season. The squad will run a Ford EcoBoost powered Riley Daytona Prototype in the P class of the TUDOR Championship which will pitch the DP teams against squads running P2 chassis and the DeltaWing.

Like the four drivers Mike Curb’s presence in supporting the team is another feature from the successful start to the 2012 season, when the Curb Records logo was prominent both on the winning car and the team’s second entry which completed the overall podium.

“Mike [Shank] has built a great team through the years,” said Curb. “It has been exciting to be involved with these guys, and now with the new TUDOR Championship, I think this is going to be one of the best Rolex 24 races yet. With this line up of drivers and the guys behind the wheel, this should be a team to watch, all year long.”

The Roar Before the 24 continues with further testing until January 5.