Gaw and Dryburgh Aiming For Improved British GT Results In 2014 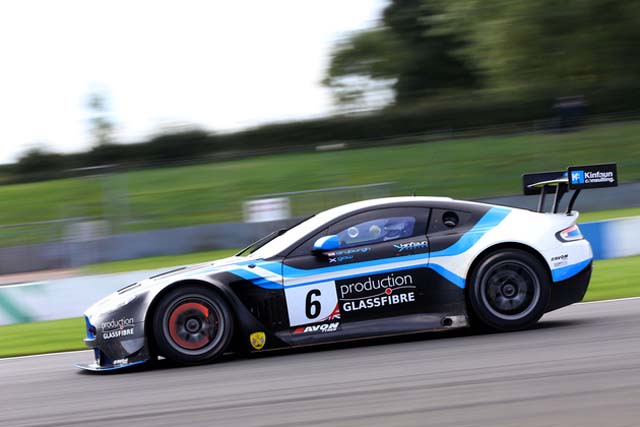 Phil Dryburgh and John Gaw will continue their partnership with PGF Kinfaun-AMR in the 2014 Avon Tyres British GT Championship, following a solid debut in 2013.

The duo will once again be at the wheel of the V12 Vantage GT3, similar to that of the 2013 champions, Beechdean‘s Andrew Howard and Jonny Adam. Dryburgh and Gaw enjoyed a good year in 2013, finishing in the points four times in ten races.

“It’s great to do another year of British GT,” said Gaw, who is also the Managing Director of Aston Martin Racing. “I’m disappointed not to have been downgraded to a bronze this year, I think that is where we’re at, but I’ll go with it. In reality we can’t compete for overall wins, but Phil and I want to improve and that’s what we’ll aim to do, we’re even going to do some pre-season testing this year.”

Having completed select rounds in 2012 and a full season in 2013, the PGF Kinfaun-AMR pair are confident of improved results, helped in part with no ‘new’ cars allowed in the British GT series in 2014.

“I loved every minute in the car last year,” said Dryburgh. “Fantastic cars, fantastic tracks, a fantastic grid. I think realistically we need to be aiming to be in the top eight each weekend; the days of keeping your nose clean and getting a podium are long gone. Nowadays its more like: keep your nose clean and you might finish where you started! I’ve challenged John to go better in qualifying and he’s tasked me to make less mistakes; I think that’s fair! I’m really looking forward to the qualifying changes in 2014. While I can’t add anything to the overall pace of the car, it’s nice to see my time play a part and hopefully add value.”

“This season holds a lot of interest for me,” concluded Gaw. “Going to Spa is going to be great. It’s a big bonus as it’s probably my favourite circuit to drive on and is one of the best circuits in the world, although saying that we did well on the Zandvoort weekend and we both enjoyed that! We’ve also got the Aston Martin GT4 Challenge supporting British GT at certain rounds and that is really exciting and strategically very important. It shows a clear ladder for drivers looking to pursue a career in GT; they can take the Vantage into British GT’s GT4 class and they can also aim for GT3. It’ll be a real family affair on those weekends with around 20 Astons on track over the weekend.”