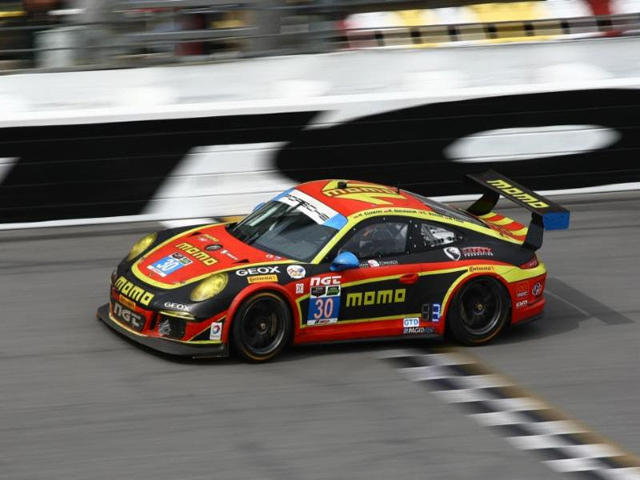 The team could have scored a podium in the hands of quartet Henrique Cisneros, Kuba Giermaziak, Christina Nielsen and Nicki Thiim but problems with the brakes on the #30 set them back quite a way but it was still better than last year where the team had to retire at the 19th hour.

Cisneros, driver and Partner of NGT Motorsports, said: “All in all, it was a little bit of a frustrating race. Obviously we felt we had the car to win, the team to win, and the drivers to win. There’s no doubt about that. It’s frustrating to have a car that’s leading but know you can’t get there because of mechanical issues. At certain points throughout the race, we were dominating, and we learned a lot from the race and from the car. It’s a new car and new components that really haven’t been tested too much, and, if anything, we’re bringing a lot of new experience into Sebring that we know what things need to be worked on. Other than that, the car was great. It handled well the whole race, and we brought it home in one piece. I can’t say enough about the work the team did in the pits, and we will be back.”

The team had strong back up in the form of Thiim, who had a storming 2014 with victories for Aston Martin Racing in the World Endurance Championship and the Porsche Supercup championship title.

The Dane said: “It was my first time here, and I was really excited just to be here and try this and work with this amazing team. I have to say thank you to the whole team. The race went really well for us. We were leading after 12 hours and then, of course, it’s still a long race from there. Some small issues came up but that’s racing. We were the fastest Porsche on the track, so I’m sure that if we didn’t have those small problems, we would’ve been able to fight for the win. Anything can happen in 24 hours. I’m really satisfied with P9 and it was a good effort for the team.”

The team will be hoping that their performance in the second round of the North American Endurance Championship at Sebring will give them better luck.

By Justin Nguyen
5 Mins read
NBC plans to end NBCSN before the end of 2021. Motorsports like NASCAR, IndyCar, IMSA, and MotoGP, which have races on the network, will have to look for alternatives in the NBC family like USA Network.
FIA WECIMSA