Porsche Look To Kick Off New Era With Daytona Victory 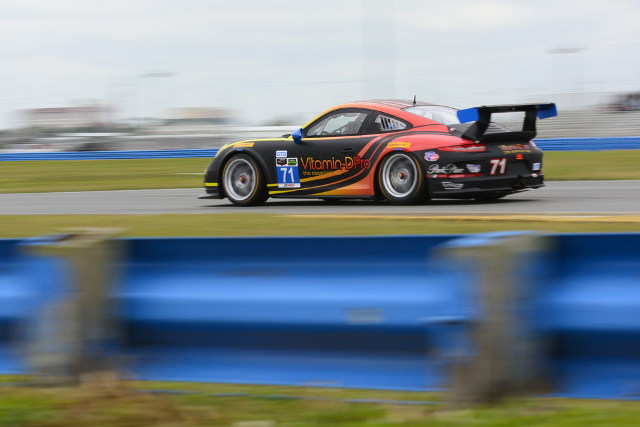 After notching up 22 overall victories and 75 class victories, Porsche are looking to kick off a new era of US endurance racing as the TUDOR United SportsCar Championship begins at Daytona.

With it’s biggest effort since the RS Spyder, Porsche North America will be racing two cars in the GT Le Mans (GTLM) class with support from CORE Autosport.

Hartmut Kristen, Porsche Head of Motorsport: “As the first race of the inaugural Tudor United SportsCar Championship, the 24 Hours of Daytona is in the limelight more than ever. Sports car fans around the world can’t wait to see how the drivers and teams do at this timeless classic, and how the new race series gets off the mark. This race marks a new era for Porsche. In the Tudor United SportsCar Championship, a works team competes in U.S. sports car racing under the flag of Porsche North America for the first time.”

The works team will have six drivers which have become a key part in the manufacturers factory driver scheme: Nick Tandy, Richard Lietz, Patrick Pilet, Michael Christensen, Pat Long and Joerg Bergmeister. Tandy, who raced in the Enduros for Team Falken Tire in last year’s ALMS, said: “Daytona is my first race with Richard Lietz and the Porsche 911 RSR. I can hardly wait to get going.”

It’s not just in the GTLM class where Porsche will have a strong entry. GT Daytona (GTD) will see more than half the field made up of new for 2014 Porsche 911 GT America’s – replacing the old GTC Porsche’s and GT class Grand-Am machines.

One driver racing the new car includes Team Falken Tire regular Wolf Henzler who is racing for Magnus Racing as Falken wait for their 991 GT3 RSR: “Daytona is a real highlight to kick off the season. The great thing about it is that you get to pit yourself against lots of great drivers from other series. I won my first ever race here in 2005 and I always enjoy coming back.”

Porsche will only have to wait until this weekend to see if their machines can claim the top step of the podium once again in one of the two Florida classics.