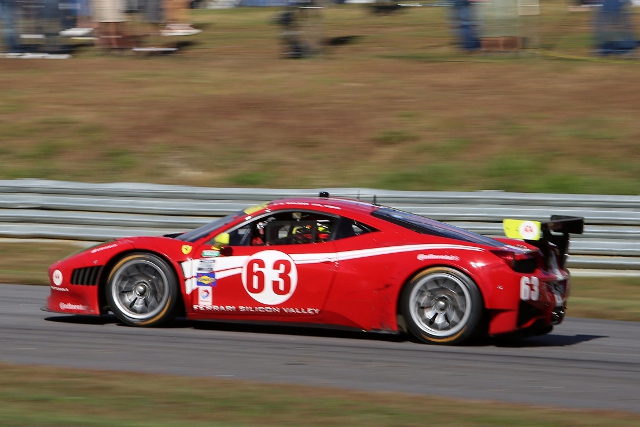 Rolex Series GT champions Scuderia Corsa have announced their line up for the GT Daytona class in this years TUDOR United SportsCar Championship line up.

The full season pairing of Alessandro Balzan and Jeff Westphal will be joined Toni Vilander and Lorenzo Case for the North American Endurance Championship (NAEC) rounds starting at Daytona.

Also announced for Daytona were John Farano and David Empringham joining Rod Randall and Ken Wilden in the #64 while Francisco Longo and his Via Italia team returns to Daytona in the #65.

“We are very excited to see such a strong representation for Ferrari at the Rolex 24 at Daytona, the historic first event of the TUDOR United SportsCar Championship,” said Marco Mattiacci, President and CEO of Ferrari North America. “After winning last season’s GRAND-AM GT championship and the second manufacturer’s championship for Ferrari, Scuderia Corsa has assembled three strong contenders for Daytona and we look forward to watching the Ferrari 458 Italias aim for victory.”

Scuderia Corsa have also been the first to announce an environmental programme to offset their emissions throughout the 2014 season, as team principal Giacomo Mattioli explained: “Scuderia Corsa is proud to be the first racing team in the Tudor United SportsCar Championship Series to have implemented a voluntary carbon offset program.

“Developed with our new sponsor AitherC02, the program invests in environmentally significant programs to help offset the carbon footprint of our racing activities. We are glad to support IMSA in their green efforts but of course none of this would be possible without the continued support of our sponsors: Motorola Mobility, New Country Auto Group and Ultratech.”