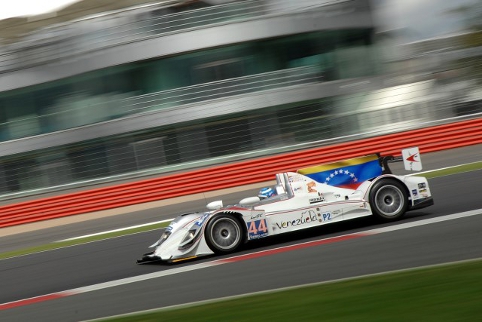 Starworks Motorsport has confirmed its driver lineup for the upcoming Rolex 24 at Daytona.

“I am very happy to be joining Starworks Motorsport for 2014,” said Marcelli, who will make his PC debut at Daytona. “It means a lot to have been selected by Peter for the job and it’s an honour to join the list of the many talented and experienced racing drivers that have been a part of this organization over the years. Regardless of the category or series, Starworks has proven to always be a top competitor and I expect the same this year in the TUDOR United SportsCar Championship. I have been training hard throughout the short off-season and will be bringing my best efforts to the program. I can’t wait to get back into the race car in just a few weeks for the 24 Hours of Daytona.”

The quartet in control of the #8 machine enjoyed a strong ‘Roar Before the 24’ test session, setting the fastest PC lap over the test weekend.

“I am so excited to get this season underway after what was the most painful off-season ever in my history in motorsport,” said Starworks Motorsport Team Owner, Peter Baron. “I am looking forward to coming back with a new 7 car line-up and I think that the 8 car was one of the favourites to beat after the Roar. We were struggling a bit on the 7 car with the balance of people, and bringing Pierre and Kyle to the program immediately puts that car as a front runner as well. I think that when the chequered flag flies on Sunday we could be in a good position to have a group of our drivers leaving with a watch.”

By Justin Nguyen
9 Mins read
The 2021 Rolex 24 featured various drivers who have raced in NASCAR, whether they be former champs like overall runner-up Jimmie Johnson or road course specialists like GTD runner-up Kenny Habul.