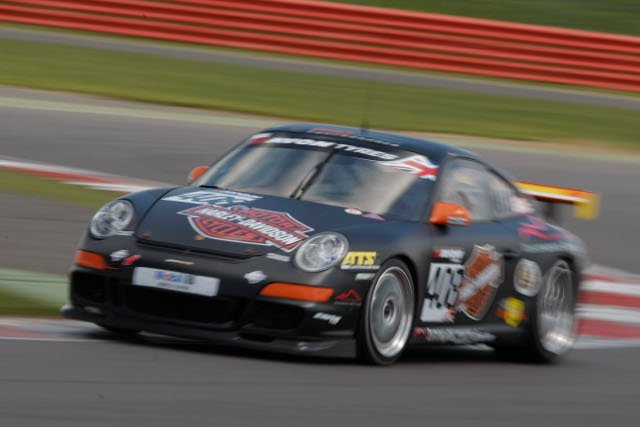 Team Parker Racing have become the latest team to join an expanding GT4 class of the Avon Tyres British GT Championship, entering a Porsche 911 in the class.

The team, familiar with Porsches after several season in the Porsche Carrera Cup GB series also won last year’s British Endurance Championship. However, this will be the first time they have entered a GT4 Porsche into the British GT Championship.

The car – to be driven by Canadian born historic racing Barrie Baxter and an as yet unnamed co-driver – will add another brand to the GT4 that already includes Ginetta, Aston Martin, Lotus and BMW, the Bavarian company also being represented in the lower class of the British series for the first time.

“It’s great to see Barrie and Team Parker Racing in GT4 with a Porsche for this season and I think we have a very exciting GT4 grid in prospect,” said championship manager Benjamin Franassovici. “We’ve reached full capacity at this early stage, well before our deadline. GT4 has grown in number and diversity with the addition of Porsche, Lotus, BMW and Aston whilst GT3 is very strong with over 20 cars. We are starting to work on Silverstone 500 in June and have already received entries for our popular 3 hour race. We really have a great season of British GT racing to look forward to as well as some other exciting plans for the Championship.”

“I’m really excited to be racing in British GT with Team Parker Racing for 2014,” said Baxter. “Despite some reasonable successes in historic racing, I’m a sportsman so I’ve always wanted to put myself in a highly competitive environment as my ultimate aim is to race at Le Mans. For me, the British GT scene is incredible. It’s obviously top of the tree for GT cars yet it’s accessible. It’s also good to be doing something a little bit different with a GT4 specification Porsche. Certainly, GT4 is really quite something this year with all the young guns and I expect I’ll be running around at the back to begin with, but let’s see what happens.”