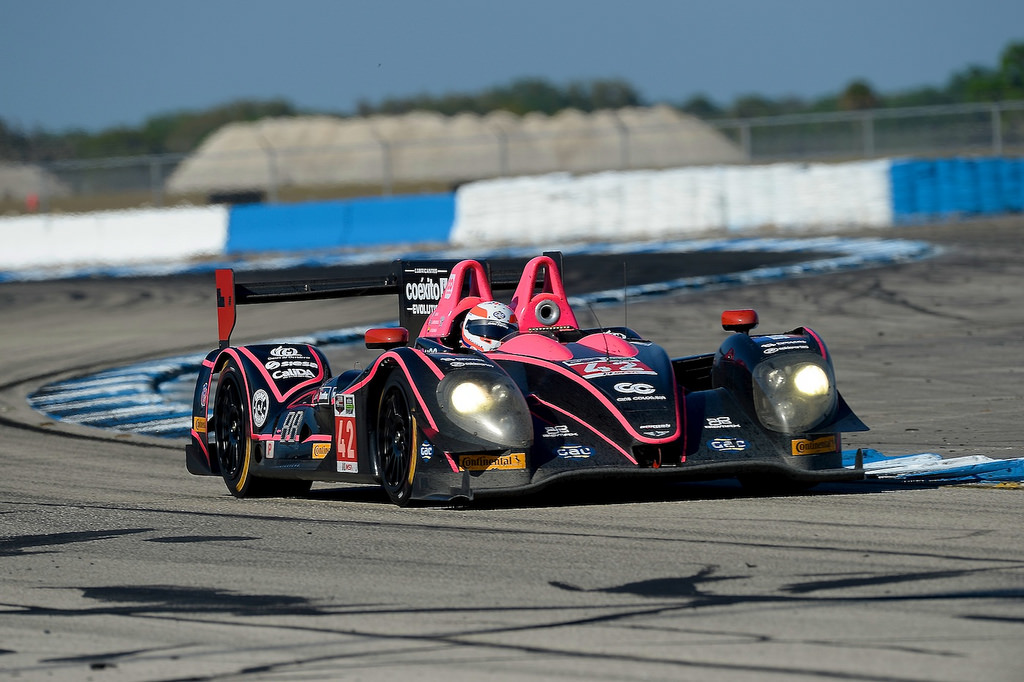 The race start for OAK didn’t go to plan with Olivier Pla dropping places from the start, but for Muscle Milk the race start was their best yet, with six-time American Le Mans Series champion Lucas Luhr coming from as low as tenth to run in second by the time his stint ended.

But, after a pit stop period when the two race-leading Daytona Prototypes and Luhr pitted for driver changes, Klaus Graf had a brief period as race leader, but a pit lane speeding violation meant the No.6 ORECA 03-Nissan had to serve a penalty costing him the lead.

At the next stop, though, Welshman Jann Mardenborough got in the car as it started to suffer driveline issues forcing the team behind the wall for 40 minutes, but as issues persisted in the coming hours and with power steering issues occurring, the team had to retire four hours later.

“It wasn’t the result we wanted but it is what it is,” said Graf. “Thank you to the boys, they worked very hard and they got our Muscle Milk Oreca Nissan back out after our problem with the driveline. They were really quick to get it fixed.

“We did competitive laps and we led the race by 19 seconds at one point. It shows that we had the speed. We also had very good pit stops. It’s just that the car is still new, new to Sebring, new to the U.S. and we still have to learn a lot of things together with ORECA.”

Things went much better for OAK though, with Pla, Alex Brundle and Gustavo Yacaman finishing the race in fourth place, briefly running in second before the final restart, where Pla got baulked by a GT car trying to pass Ryan Dalziel.

“The key was to survive traffic and stay on the lead lap. On the last restart, I was trying to fight for positions and pass Dalziel,” Pla said. “However, I had to lift because of a GT car and I lost positions. I was right there to fight at the end, but came up a little short at getting the job done. Anyway, we did our best and we are going to work hard for Long Beach because I think there is something to do there.”

The next TUDOR race for Nissan is at Long Beach on April 12.

By Justin Nguyen
7 Mins read
The 2021 Rolex 24 grid features drivers who also have backgrounds in NASCAR. While Jimmie Johnson and Chase Elliott boast championship résumés, others like Earl Bamber and Jack Hawksworth have raced as road course ringers.
IMSAIndyCarMotoGPNASCAR

By Justin Nguyen
5 Mins read
NBC plans to end NBCSN before the end of 2021. Motorsports like NASCAR, IndyCar, IMSA, and MotoGP, which have races on the network, will have to look for alternatives in the NBC family like USA Network.
FIA WECIMSA

By Alice Holloway
2 Mins read
Due to the Covid-19 global pandemic, the FIA World Endurance Championship 1,000 Miles of Sebring has been cancelled and replaced with the 8 Hours of Portimao.