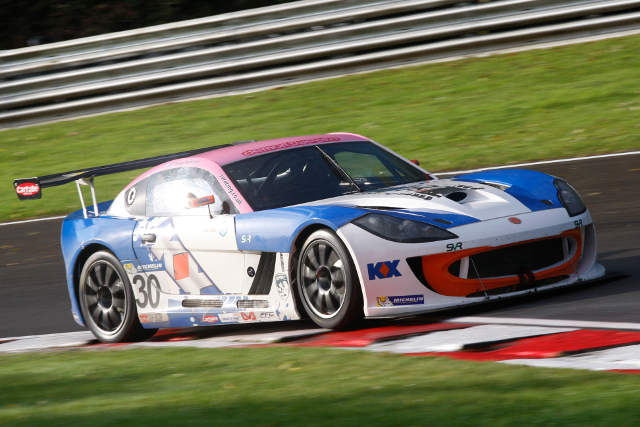 Buxton and his Cheshire-based SV outfit entered the Supercup for the first time this season, with KX Akademy member Pittard leading the team’s challenge throughout the year.

On the final weekend of the season at Brands Hatch last month, a pair of second place finishes saw Pittard unexpectedly overhaul former Supercup champion Carl Breeze to finish runner-up in the standings.

That capped off a superb end to his first Supercup season for Ginetta GT5 Challenge graduate Pittard, who also took a double victory on the penultimate weekend at Silverstone to make it five wins for the campaign.

Buxton admits that Pittard’s performances this season has exceeded his expectations, and feels the 22 year old is one to watch as he progresses in his career.

“In my head, when we talked at the beginning of the season, a top three finish considering David’s experience at this level would have been brilliant,” Buxton enthused.

“This second half of the year he’s just absolutely blown everyone’s doors off though. He’s far exceeded all expectations I’ve put on him to be honest, and I really think we’re only at 70, 80% of his potential, he’s just going up and up and up.

“GT wise they just better watch out as David is a GT superstar of the future.”