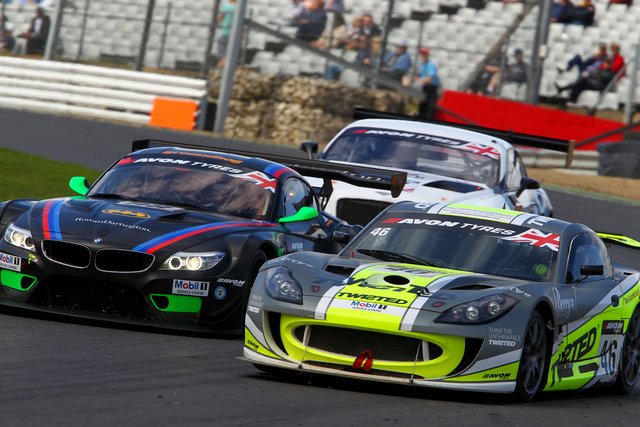 Team Parker Racing have announced they are doubling up in the GT4 category in the Avon Tyres British GT Championship with an Aston Martin for two former Caterham racers.

The team will be running an Aston Martin Vantage GT4 for Caterham R300 front runner Terry Langley and Supersport champion Mike Hart. Both men are making their first tracks into GT racing and will be hoping the ever reliable Aston can help them learn a new discipline.

Indeed this particular GT4 effort is very much a Leicestershire effort with Team Parker, both drivers and the entry’s sponsor – Quantamatic all hailing from the county.

“Without a shadow of a doubt it will be a big step,” said Langley. “We’re  both used to very lightweight cars so it will be a challenge, but I’m confident we will be competitive and it will be a close and exciting championship.

“With Quantamatic and Team Parker Racing it keeps everything local, and the pedigree of the team in national and international racing is an added bonus. I can’t wait to start testing!”

His team mate Hart already has brief experience in the GT4 Vantage having sampled an example of the car last year.

He said: “It’s been great to have five years in Caterhams that have been really good fun, but this is a good chance to step up. When I tested the Aston in July I really enjoyed it and it was useful to get a good idea of our pace, because I know that Terry and I are very evenly matched. We’ve been in the same team for two years in Caterhams so it’s good to go in with someone you know and trust.

“Obviously it will be a challenge but I think we can get some reasonable results, and GT4 is a good feeder to GT3 and beyond so this is a good way to dip our feet into it.”

For Team Parker Racing, this entry becomes their second entry into the GT4 class following an announcement for an entry for Bradley Ellis and Adrian Barwick who finished third in class last year behind the wheel of a Ginetta G55 GT4.

Team boss Stuart Parker said of his team’s announcements: “It is great for us to have two cars already confirmed for British GT and I’m sure Terry and Mike will do a good job with us.

“We’ll begin testing in February to get them up to speed but I’m confident they can be competitive pretty soon, and the fact that they’re so evenly matched will stand them in good stead in British GT.”