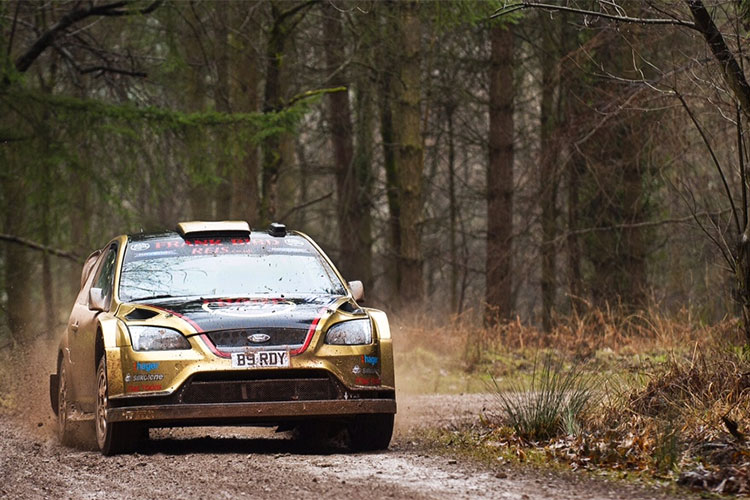 It was a good start to the BTRDA Championship for Paul Bird and Aled Davies in the Ford Focus WRC07 as the crew won the first round of the series, the Wyedean Forest Rally.

The pair won the event by over half a minute as the bid to put the disappointment of narrowly missing out on the title at the end of last year’s championship behind them.

Bird was on the pace from the very beginning of the event and took five stage wins on their way to victory finishing 34 seconds ahead of championship rivals David Weston and Kirsty Riddick in a Subaru WRC.

“That’s the perfect way to get our championship bid underway and I’m especially pleased with how I drove today.” said Bird after the event, “The stages are always fast and tricky but I felt sharp and knew it was a case of managing the lead.

“Everything was faultless today and there was such a strong entry, I knew it wasn’t going to be easy but it’s good to keep the winning run going and after finishing second twice on this event, it’s great to get the win.”

The next round of the championship takes crews to the Malcolm Wilson Rally on March 7th and Bird goes into the event looking to win it for a record breaking 5th time.

By Nick Turner
1 Mins read
The 2021 Trackrod Rally Yorkshire has been given the go ahead to run as a test event before rallying’s return to Forestry England estates later this year.
British Rally ChampionshipNational Rally