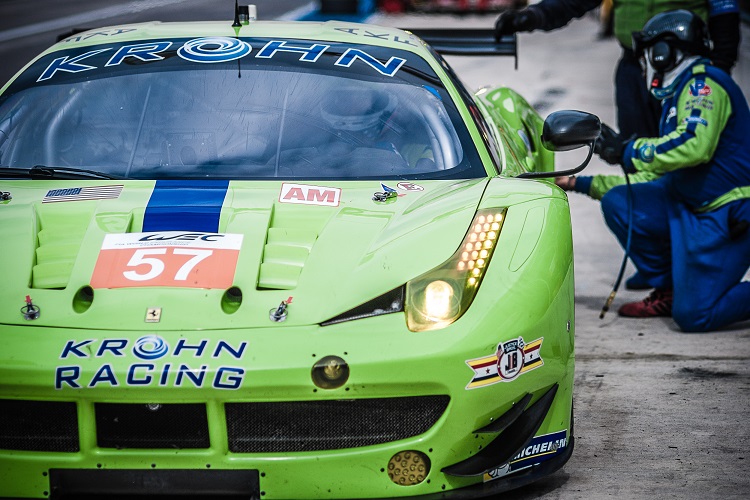 Krohn Racing will participate in both the European Le Mans Series and the 24 Hours of Le Mans after their application was accepted by the ACO at a press conference in Paris earlier today.

The Texas-based team will enter a Judd-powered Ligier JS P2 in the five-round ELMS season, which includes races at Silverstone (April 11), Imola (May 17), the Red Bull Ring (July 12), Paul Ricard (September 6) and Estoril (October 18). In addition, Krohn Racing will join 19 other LMP2 entries at the 83rd running of the 24 Hours of Le Mans (June 13-14).

“This is the result we were hoping for,” said Krohn, team owner and driver for Krohn Racing. “The ELMS offers a great series for a gentleman driver like myself and will provide a good mix of competition and excellent race tracks for our new Ligier-Judd. Having Nic [Jönsson] and Ozz [Negri] as my teammates in the series should provide both fun and success, although we know there will be some very competitive teams we’ll be racing against. I would like to thank the ACO for the invitation to Le Mans and look forward to competing at the most prestigious race in the world.”

A third driver for the 24 Hours of Le Mans will be announced at a later date.

The next event for Krohn Racing is the 12 Hours of Sebring Fueled by Fresh From Florida, which takes place on March 18-21.

By Paul Hensby
1 Mins read
Franco Colapinto will miss this weekend’s races at Imola as he focuses on racing in the European Le Mans Series in Barcelona.
24 Hours of Le MansFIA WEC

By Alice Holloway
2 Mins read
Tom Dillmann and Esteban Guerrieri have been announced as ByKolles Racing’s test and development drivers for their Le Mans Hypercar project.