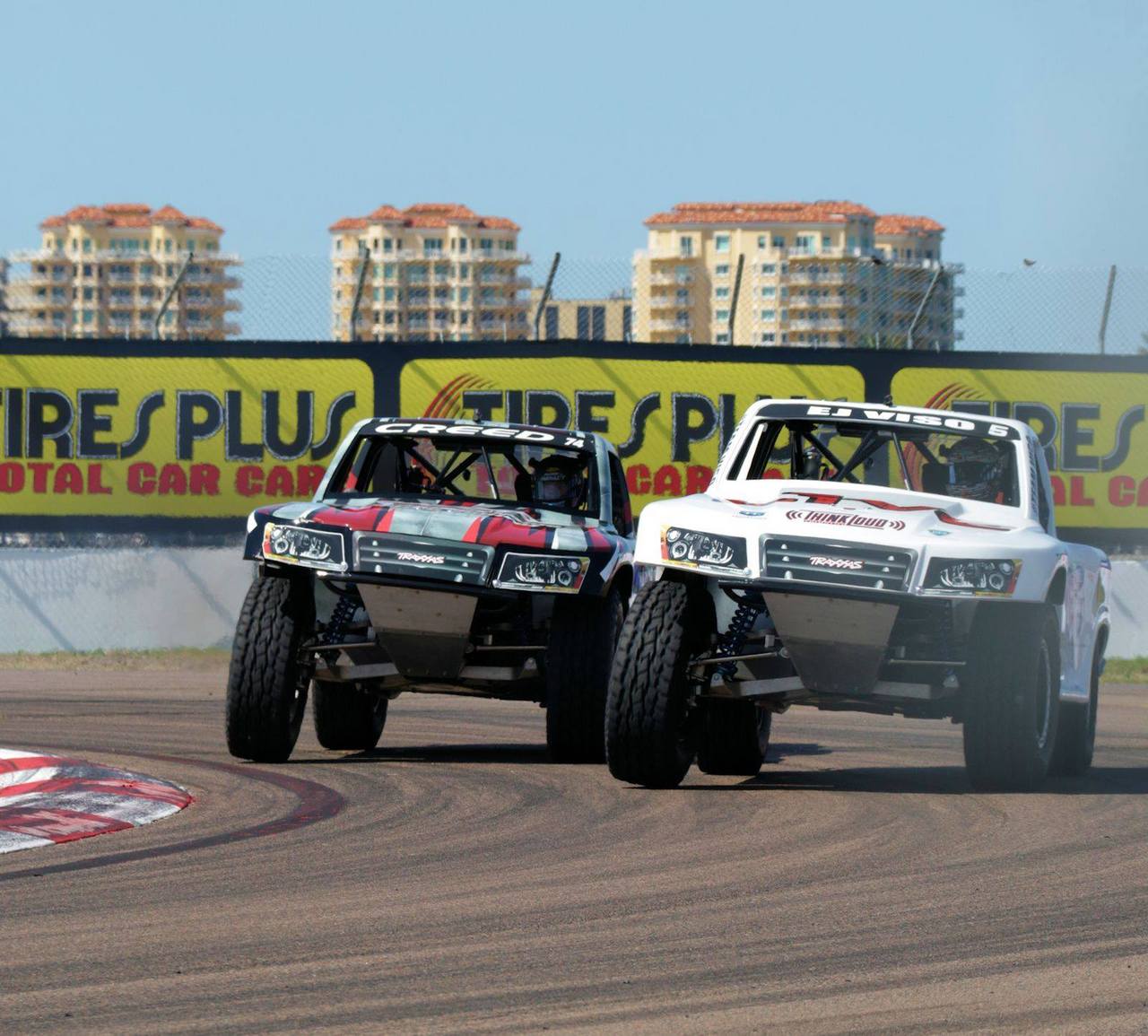 Sheldon Creed added to his victory tally as the SPEED Energy Formula Off-Road Presented by TRAXXAS series hit the streets of St. Petersburg playing a supporting role to the opening race weekend of the Indycar season.

It was a two-way battle out front for most of the race with Creed and E.J. Viso battling door-to-door, as the laps counted down the 17-year-old held on and it was Viso who would crack under pressure on the final lap.

Entering the final lap of the race the pair entered the first of four ramps side-by-side, Creed was looking a little twitchy following an aggressive move on the inside of Viso but gained an advantage before Viso passed again on the next corner.

A mistake from Viso would leave the inside line open for Creed who took full advantage to take the lead and ultimately the win, Viso would lose out further as he dropped back to fourth place behind Creed, Keegan Kincad and Robby Gordon.