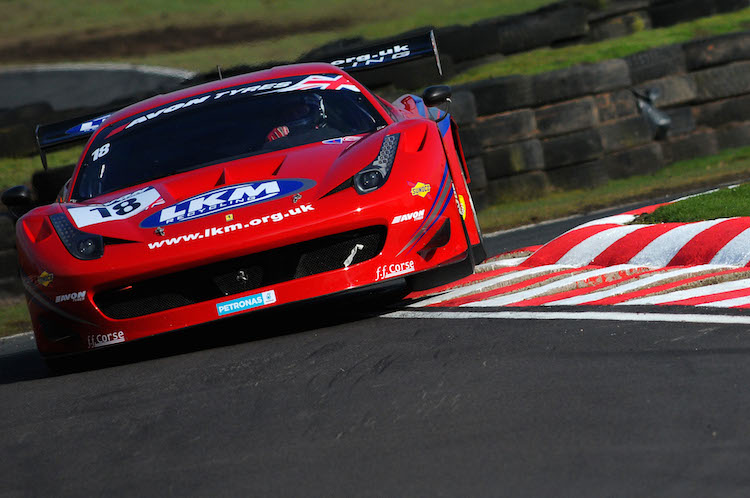 The FF Corse Ferrari of Adam Carroll and Gary Eastwood has been stripped of victory in the first Avon Tyres British GT Championship race at Oulton Park following a rules infringement. That was followed by the exclusion, after the second race, of GT4 runners up Beechdean GT4.

Stewards judged the #18 Ferrari had blocked the #6 Oman Racing Team Aston Martin Vantage GT3 in the pit lane during the first race and thus have been dropped to second after the Aston team appealed the result.

It means that Rory Butcher and Liam Griffin have inherited the win of a race that saw them lose out on track by less than a second. With those two simply swapping positions, the rest of the results have remained unchanged.

For Beechdean the #407 Aston Martin GT4 Challenge car of Jamie Chadwick and Ross Gunn was disqualified following the conclusion of race two for “driving in a manner incompatible with safety” after an incident that involved the #61 Academy Motorsport Aston Martin which saw that car finish 11 laps behind the victorious Beechdean AMR GT3 entry.

The results for the second British GT race – specifically the GT4 class – have thus been altered raising the #50 Professional Motorsport World Expo Racing with Optimum Ginetta G55 into second place and the Fox Motorsport Ginetta has been raised onto the podium.