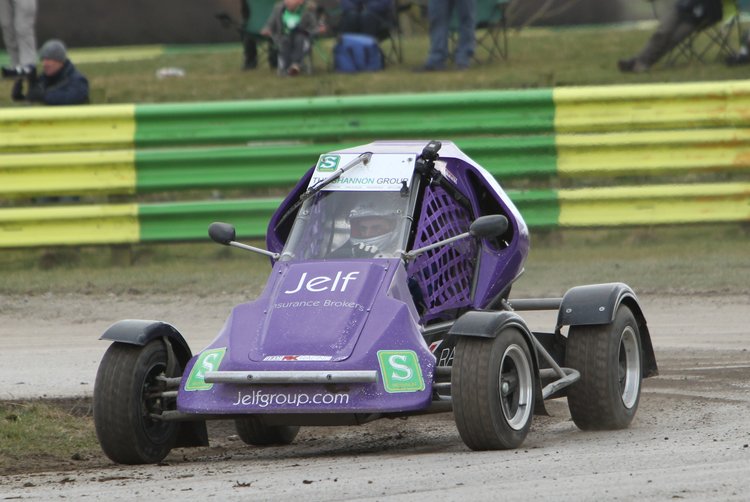 Dunlop MSA British Touring Car young gun Tom Ingram has announced that he will race an RX150 Buggy in Round 2 of the 2015 MSA British Rallycross Championship, the day after he has competed in the BTCC’s opening rounds at Brands Hatch.

The Speedworks Driver, who enters his second season of BTCC, will drive in the RX150 Class in a buggy sponsored by Jeff Insurance and run by Rage Motorsport, will face stiff competition from the Rallycross regulars on Easter Monday. Murray Coulthard, nephew of 13 time Grand Prix winner David Coulthard, will be in the mix along with former Formula Ford Festival winner Chrissy Palmer and former RX150 Champion Marc Scott, who is looking to make amends after difficulties at Croft previously.

Ingram has tested Rallying machinery in Wales earlier this year after trying out a Citroen C2 for an article in Motorsport News and the publication will also be following the young stars progress during his Rallycross debut on Easter Monday, which will later be published in Motorsport News as a “Track Test” feature.

The Buggy itself will be a completely different creature to Ingram’s regular NGTC 2 Litre turbocharged Toyota Avensis he drives in the BTCC, with the ultra lightweight RX150 Buggy capable of reaching 60mph in an amazing 3.5 seconds and he is well aware of the challenge ahead as well as the excitement of Rallycross.

“I’ve always said that I’ve wanted to have a go at rallycross and rallying,” Ingram explained. “They’re so different to any circuit racing that I’ve done. Rallycross is such a different discipline to the BTCC in terms of driving style, and the videos I’ve seen look awesome. The RX150s look to be a serious amount of fun – it’s going to be like driving a very fast go-kart with gears on a loose surface!”

By Samuel Gill
3 Mins read
Jake Hill closed the gap at the top of the BTCC Drivers’ Championship standings after claiming Race Two at Croft ahead of Aiden Moffat and Josh Cook.