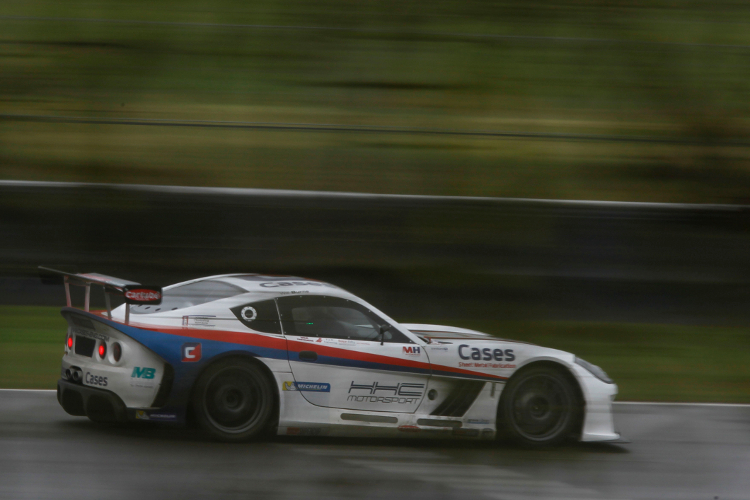 Will Burns hopes a consistent, podium-filled opening weekend of the Michelin Ginetta GT4 Supercup can be the platform for a title challenge in the series this season.

The 24 year old qualified on the front row of the grid in qualifying at Brands Hatch, though lost out on a podium finish in race one on the final lap, a mistake seeing him slip to fourth.

Burns bounced back in style though to post podium finishes in both the second and third races, results that see him leave the opening weekend third in the standings with his confidence boosted.

“It’s been a good start to the season, getting a strong haul of points on the board,” Burns said to TCF.

“I made a silly mistake in race one which I sort of regret now, as I could have had three podiums, but it’s been a consistent weekend and I know I’ve got the race pace to be at the top.”

Burns’ results came as part a hugely successful weekend for his HHC Motorsport team, with Burns and his team-mates Jamie Orton and Carl Breeze collecting seven podium finishes between themselves.

The Weston-Super-Mare racer says the team are focusing on making hay while the sun shines in the competitive Supercup field.

“I can’t think of a better weekend for the team really,” Burns added.

“With the calibre of drivers on the grid, the touring car stars who have come in and had a bit of a shock this weekend, for the team to get these results is fantastic.

“We know we need to capitalise early though, before the other teams and drivers catch up with us.”