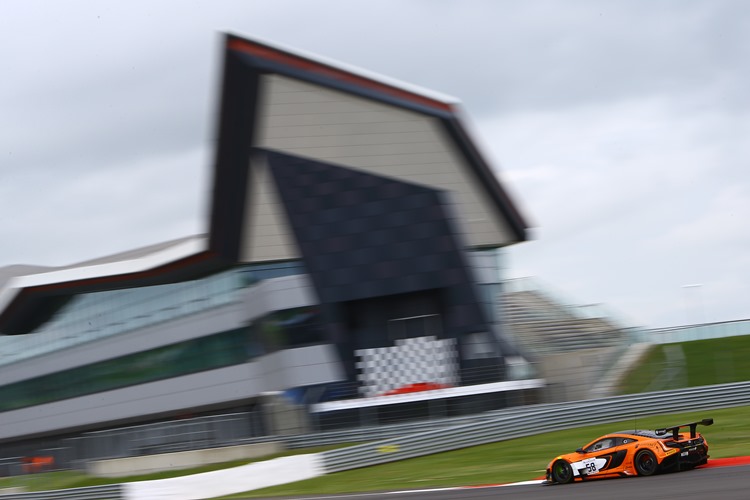 After Alex Buncombe had claimed pole position in Sunday morning’s qualifying session for the #23 Nissan,     co-driver Wolfgang Reip led Bell for most of the first hour.

Bell made an early pitstop during a full course yellow, which resulted in a lead of over 40 seconds for van Gisbergen once the other leaders visited the pits under green flag conditions.

Reip had conceded the lead prior to pitting though, when he tripped over an Am-class Ferrari at the Loop. Marco Seefried (Rinaldi Ferrari), Vernay and Mirko Bortolotti (Grasser Lamborghini) quickly worked their way past the Nissan before it lost further time in the pits and was handed a penalty for causing the incident.

Frijns was up to second after the pitstop phase, but any hopes of making inroads into the lead were hit by an electrical problem that caused him to slow.

There was a second full course yellow just inside the final hour when Andy Soucek (Bentley) knocked Alvaro Parente into a spin in the second Von Ryan car, which then left debris all over the track as it hurried to the pits.

Most of the leaders had made their final stops by this point but the #75 ISR Audi was in a position to benefit and climbed from eighth to second, but Marco Bonanomi was passed by Vanthoor before the end.

The ISR car was also given a five-second penalty for abusing track limits, dropping it to fourth behind the second WRT entry of Frank Stippler, Stephane Richelmi and Stephane Ortelli.

From 22nd on the grid, the all-British line-up of Craig Dolby, Sean Walkinshaw and Martin Plowman brought their MRS Nissan up to fifth by the finish.

Soucek brought the #8 car he shared with Maxime Soulet and Maxi Buhk home in sixth after winning a late-race scrap with Norbert Siedler in the Rinaldi Ferrari and Adrian Zaugg in the #63 Lamborghini as both lime green cars fell backwards from their early podium spots.

After Guy Smith had run sixth in the opening stint for the #7 Bentley that won last year’s race, a broken wheel nut put Andy Meyrick outside of the top 20 but he and Steven Kane were able to recover to ninth.

The #99 Rowe Racing Mercedes of Nico Bastian, Stef Dusseldorp and Klaus Graf pipped the sister #98 car of Daniel Juncadella, Indy Dontje and Nicolai Sylvest to tenth by half a second.

Katsumasa Chiyo and Buncombe brought the #23 Nissan back to 13th by the flag behind the Sainteloc Audi of Marc Basseng, Edward Sandstrom and Gregory Guilvert and just ahead of the Aston Martin of Michael Meadows, Paul Wilson and Stuart Leonard, which won Pro-Am after holding off a charging Jann Mardenborough in the #22 Nissan.

The Triple Eight BMW had comfortably led Pro-Am and was inside the top 10 in the hands of Joe Osborne in the early running before an early stop under the full course yellow promoted the car to third overall, but it had dropped back to 27th by the finish.

Ferrari give first glimpse of GT future with 296 GT3

By Vince Pettit
1 Mins read
New Ferrari 296 GT3 is already being built and is expected to break cover in the coming months ahead of its 2023 race debut.
GT World Challenge

By Josh Disborough
4 Mins read
The first round of the 2021 Fanatec GT World Challenge Europe Powered by AWS gets under way this weekend at Monza. 44 cars line-up on the grid to fight for the win not just on the track but also in the virtual world.