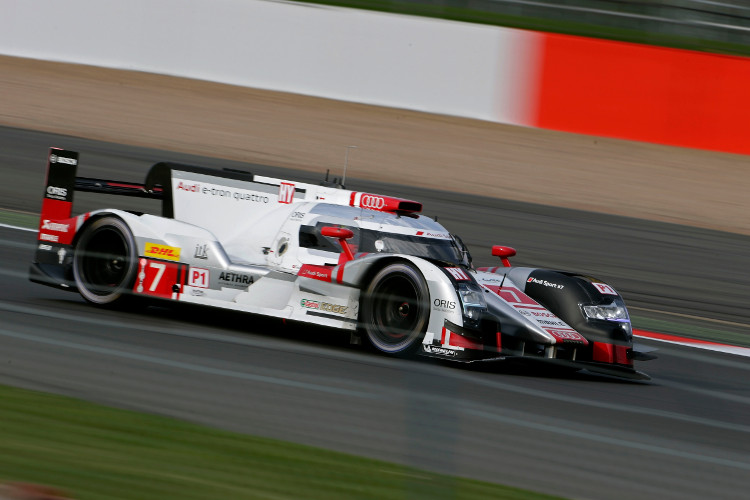 The 24 Hours of Le Mans offers double points towards the FIA World Endurance Championship standings. Not only is a win at Le Mans a prestigious one, it also gives a strong boost for the teams in the all-important FIA WEC championship.

In the Prototype Drivers’ standings, the drivers of the #7 Audi are still in the lead after their two wins at Silverstone and Spa-Francorchamps, and have 80 points. Next are the #19 Porsche drivers that won Le Mans. Nico Hülkenberg and Earl Bamber each have 58 points, but Nick Tandy is slightly ahead on 60, thanks to his KCMG LMP2 entry at Silverstone.

Leading the LMP1 Manufacturers’ championship is Porsche with 140 points, ahead of Audi on 124 and Toyota with 71. Nissan failed to score a single point at Le Mans on their debut.

The highest-placed GT manufacturer is Ferrari, which has 144 points ahead of Porsche‘s 99 and Aston Martin on 84.

Rebellion Racing‘s #13 car leads the Private LMP1 Teams standings after their sub-class win at Le Mans. 14 points behind is the #12 Rebellion. ByKolles are third and haven’t scored a single point. The drivers’ standings for this class are the same, too.

The best LMP2 team is now KCMG after their win at the weekend. The Hong Kong-based team has 78 points, four ahead of #28 G-Drive. 10 points behind its teammates is G-Drive’s #26 car on 64 points.

In the LMP2 Drivers’ championship, Matt Howson and Richard Bradley lead the #28 G-Drive team. KCMG’s Nicolas Lapierre is slightly behind his teammates in 3rd, after not entering the Silverstone race.

AF Corse hold the top two spots in the LMGTE Pro Teams’ championship, with the #51 ahead of the #71. Third place is close, and the #99 and #95 Aston Martins are still with a chance of taking it from Porsche Team Manthey’s #91 car.

Ferraris also lead in LMGTE Am. Following their Le Mans win, #72 SMP Racing lead #83 AF Corse. Dempsey-Proton Racing holds onto third place, but is only one point clear of the #98 AMR car.

On 61 points, Gianmaria Bruni and Toni Vilander lead the GT Drivers’ championship, 4 points ahead of Davide Rigon and James Calado. The SMP Racing trio that won LMGTE Am at the weekend are third.

Finally, the GT Amateur Drivers’ championship sees the #72 team out front, followed by the #83 and #77 teams.

The next chance for drivers and teams to gain some championship points will be the 6 Hours of Nürburgring on August 30.