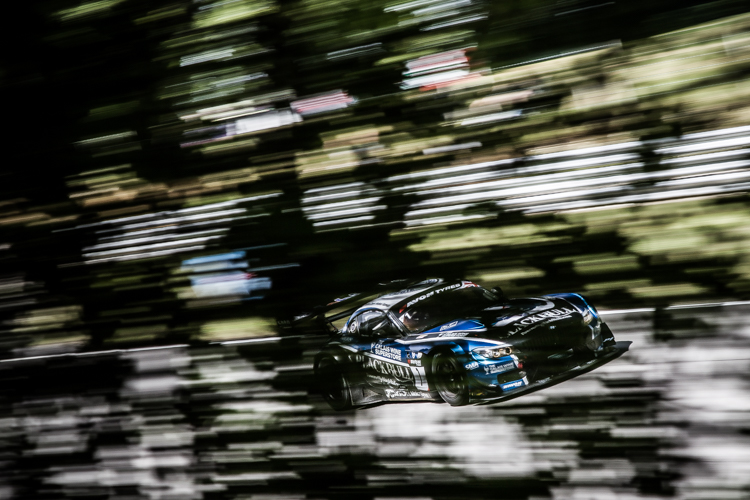 “If we can get a top four that’d be a mega weekend,” Jonny Adam told www.theCheckeredFlag.co.uk after qualifying for the Avon Tyres British GT Championship race at Brands Hatch before warning. “We just don’t want a top four and Ecurie Ecosse win because they’re just gonna keep stretching the lead.”

However, after a fraught two hours on the Kent Grand Prix track that was exactly what he got.

For his part Adam took fourth place in a Beechdean AMR car disadvantaged by a 20 second pitstop penalty due to their victory in the previous round, but the Ecurie Ecosse duo of Alexander Sims and Marco Attard took a second victory of the year to add 9.5 points to the 14.5 marker lead they had at the start of the weekend. However, it came down to a moment of opportunism from Sims to secure the top spot.

Following the pitstops mid-race, where the additional 20 seconds dropped the Beechdean machine from the lead to sixth, Joe Osborne led in the Triple Eight Racing BMW with Rory Butcher second and Sims third, closing in but from more than ten seconds distant. A second safety car of the race, triggered by a Jamie Stanley spin at Druids closed up the lead battle, though Butcher and Sims had to thread past two GT4 cars on the restart before either could make any plans on trying to close down the lead gap.

Once freed from the slower traffic it was clear Sims had the greater pace, but not the space to make his way past. Butcher, though keeping the BMW at bay was still quicker than Osborne, the pair starting to inch closer to the leader making full use of laps without the hindrance of slower traffic. Then, as they came upon the first GT4 car since the restart gaggle Butcher strayed off line into Graham Hill Bend just enough to present Sims with a gap. The BMW factory driver took the space, and the position with Butcher falling back to ninth in the wake of the move, the stewards deciding to cast their eye over the move post race, though Sims wondered why describing it as “a good overtaking move.” He added: “It was a hard move but we didn’t make contact or anything – he hit me coming out of it actually but it was a non issue.”

The moment undid the work the pair had done to close down on Osborne, the Triple Eight driver’s lead extending to 5.7 seconds before Sims was able to finally start using the speed advantage apparent earlier in the stint.

In half a dozen laps of the 2.4 mile circuit the gap was down to less than a second, but there his progress stalled, much to the surprise of the leader.

“I was completely surprised, at the rate of know he caught me,” Osborne told tCF. “In my head you’ve got a two lap window where he’s got the momentum to get past you. If you can fight through those two laps then you’ve got a chance to regroup and see where he’s probably going to pass you and what you can do to combat that. So once I’d done that I had no worries.”

Sims explained the difficulty he had in crafting a way through as easily as he had closed the gap: “Being two BMWs we had exactly the same grunt out of the corner, there was a little bit of corner speed where I gained on him but once you’re behind you lose a bit of downforce and that sort of negates itself. I was able to sit half a second behind him quite comfortably but I just couldn’t get past.”

The race at the front entered a tactical phase that was clearly evident as the two drivers approached Paddock Hill Bend every lap. Osborne – blending defensive strategy by choice and the line made necessary by the demands of tyre management – stuck the middle of the road while Sims bowled around a wide arcing parabola.

“That’s my normal line,” Sims would later explain, “and I guess that was his normal line and they were quite different you don’t normally get quite that vast difference on most corners. His line was clearly quite fast as well and he did a good job of keeping me behind to be honest.”

GT4 played minor roles in the battle offering Osborne fleeting respites from the pressure while never truly getting in the way of the duel.

Osborne had made it safely through the two lap period after he was caught and had proven a match to Sims in close combat, but the result of the race was to taken – largely from his control.

With ten minutes to go towards Graham Hill Bend Osborne was caught in what he admitted was a “damned if I did, damned if I didn’t” scenario between a GT4 car and line of fluid left on the track. He tried to go around the outside of the slower car but couldn’t pull the #888 up on the oil sliding just wide enough, and losing just enough momentum for Sims to take to move up the inside down Cooper Straight. Osborne defended, easing Sims towards the edge of the grass but no further before realising the position was lost before the left hander that takes the lap onto the GP loop.

Sims galloped clear into a rather unrepresentative 3.6 second lead before the checkered flag with Osborne second and Matt Bell third in the #17 TF Sport Aston Martin started by Derek Johnson.

Andrew Howard led the race through his stint, but the #007 lost out in the pits (Credit: Tom Loomes Photography)

Jonny Adam crossed the line fourth in the car in which Andrew Howard had led a disjointed opening stint that was peppered with incidents and accidents.

Rick Parfitt Jr. tangled with Gary Eastwood’s FF Corse Ferrari, Ross Wylie spun the Von Ryan Racing McLaren after taking a brave lunge at Triple Eight’s Lee Mowle in an attempt to take second place. GT4 poleman Paul McNeilly’s slide down the class was hastened by a spell in the Sheene Curve gravel trap after contact with Graham Johnson in the Optimum Motorsport run GT4 Ginetta. Andrew Jarman bounced over the Clearways curbs and into the gravel after Attard closed the door on his search for third place before the safety car was scrambled when Ross Wylie’s recovery ended in the Stirlings gravel alongside David Jones’ Preci-Spark Mercedes.

The Von Ryan team would recover to take tenth overall, albeit four laps off the lead.

FF Corse had a more successful recovery, aided by the safety cars that helped wipe out their post-Parfitt deficit with Adam Carroll taking fifth ahead of Rory Butcher in the #6 Oman Racing Team Aston started by Liam Griffin.

Benny Simonsen and Hector Lester combined to take seventh ahead of the Barwell Motorsport BMW of Phil Keen and Jon Minshaw, knocked down the order by a 1.7 second stop-go penalty after a short pitstop. Ram Racing’s Mercedes in ninth completed the lead lap finishers. 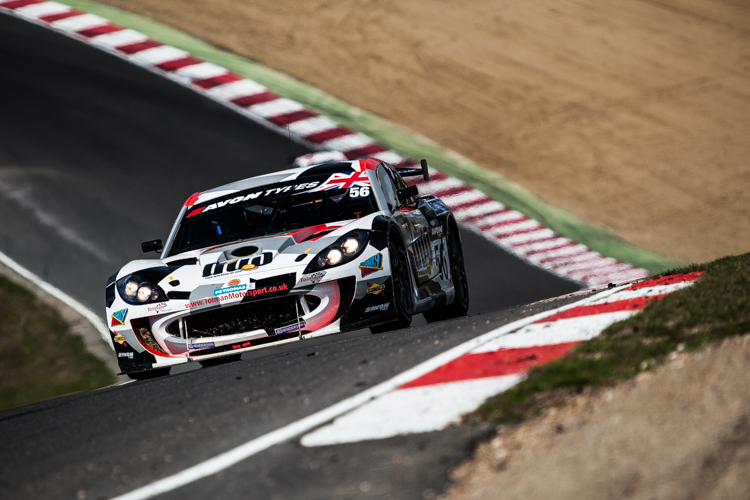 Tolman Motorsport crew David Pattison and Luke Davenport took their first GT4 class win of the season following a tremendous drive up from sixth in the second half of the race by former Ginetta GT Supercup standout Davenport.

However, his charge nearly came to very early end as he explained after the podium celebrations: “I had a real moment on the out lap trying to go round the outside of Rob Garofall at Hawthorns when he just drive me off the road into the gravel at the fastest point on the track. I thought that was race over and I was quite frustrated with him over that, thought it was quite poor driving but we were able to get and the car wasn’t badly damaged – the tracking was a bit out but we were able from there to just pick the cars off.”

The combination of Johnson and Mike Robinson took second in class ahead of points leaders Jamie Chadwick and Ross Gunn, the Beechdean juniors presented with third position after Jake Hill and Dennis Strandberg contrived to spin and collide at Druids.

The Avon Tyres British GT Championship continues at Snetterton on August 22-23 with a pair of hour long races.