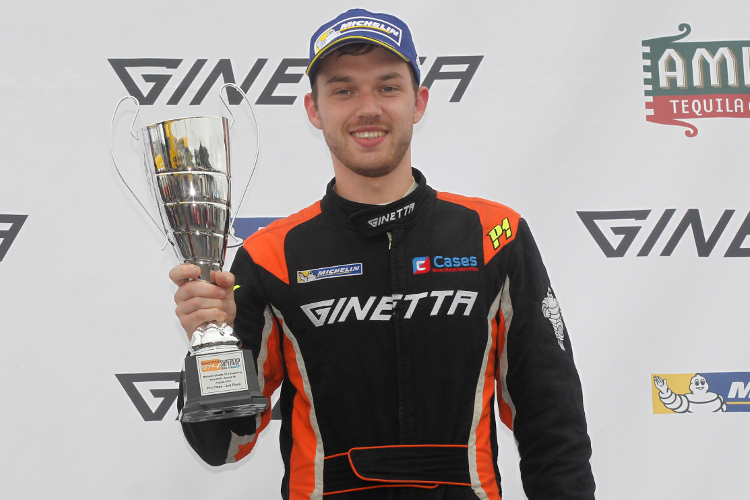 Will Burns has moved to Douglas Motorsport as he targets a full-scale title assault in his third season in the Michelin Ginetta GT4 Supercup.

The 25 year old was a championship front-runner last season with HHC Motorsport, picking up eleven podium finishes through the year including hat-tricks at Thruxton and Knockhill.

Narrowly missing out on a maiden race win at Thruxton, Burns took a best of second place on six occasions as he finished fifth overall in the championship standings.

With HHC electing not to race in the series this year, Burns has moved to his third team in three Supercup seasons, and feels Douglas Motorsport are the team to take him to the title.

“I’m looking forward to enjoying this latest venture with Douglas Motorsport. My eyes are focused on using the two years of Supercup experience to date, to fight for the title in year three,” said Burns.

“Having Carl Breeze and Jamie Orton as team-mates in 2015 helped me to learn that consistency is key to a title fight in this championship. So although I’ll be looking to take the maximum number of points available from each weekend, racking up regular race wins isn’t always the key to winning a title.

“I’m excited to work with the whole Douglas Motorsport team so we can be at the front of the grid and battle for the title.”

Burns is Douglas Motorsport’s second confirmed driver for 2016 alongside Am class contender Chris Ingram, and team principal Wayne Douglas says he has been seeking Burns’ signature for the past twelve months.

“Will is going to be one of the main men to beat in the Supercup this season and I’m glad to finally have got him onboard,” said Douglas.

“Will had a strong second half to last season. He knows the car now and there’s just some fine tuning to be done which we plan to do in pre-season testing. He’s still relatively young. He’s undoubtedly going to be a title contender.”