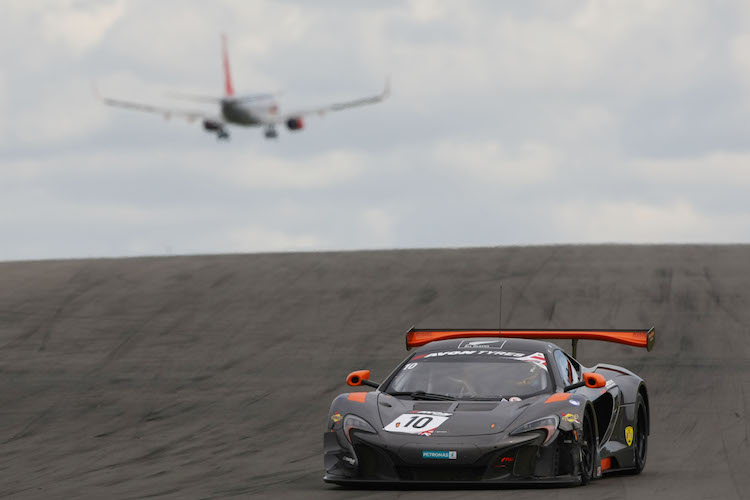 At the recent Autosport International show, McLaren GT revealed the three drivers that would make up their academy for the coming year. All have had extensive single seater or Sportscar careers as they look for their next challenge.

At 23, Alex Fontana is the oldest of the trio, having spent 2015 competing in the GP3 Series. The Swiss driver picked up three podiums during his time the category, also gaining experience in Formula Renault 3.5 and Formula E.

Struan Moore spent 2015 racing in All-Japan Formula 3, in which he picked up a best result of fourth on his way to eighth overall. The 20 year old, who has previously seen success in BRDC Formula 4, will be joined by Northern Irish driver Andrew Watson who completes the Academy.

Watson was the 2015 McLaren GT Young driver and has the most Sportscar experience of the three, having competed in the British GT Championship throughout the year.

“The McLaren GT Driver Academy is a natural evolution of the Young Driver Programme which proved extremely successful in its début season in 2015.” Stated Andrew Kirkaldy, Managing Director of McLaren GT: “We are seeing that the GT grids are becoming among the most competitive in the world, and they are attracting the best of the best through all categories.

“The appeal of the various global GT3 championships is becoming greater, and the drivers are younger and more committed than ever. Despite being young, we are increasingly seeing drivers moving from single seaters with a wealth of experience and a very high level of skill who are hungry for a new challenge.”

“The new Driver Academy will be tailored to this greater level of experience, and look to help enhance the talents and provide a more complete understanding of how to manage and progress with a successful GT career.”

The trio will join McLaren GT factory drivers Bruno Senna, Alvaro Parente and Rob Bell as they look for a new challenge in their careers. The academy has already proved its success, with two graduates gaining experience on track last year, as well as exclusive assistance at the Woking factory.