The Dutchman, who made 19 Grand Prix starts with the Caterham F1 team in 2013, will partner regular driver Simon Dolan in Jota Sport’s Gibson 015S that finished second in the ELMS last season.

They will be joined by a third driver for the six round campaign, with an announcement still to come from the team.

Van der Garde, Dolan and single seater prospect Jake Dennis will also combine for the 6 Hours of Spa World Endurance round in May.

“To win the 24 hours of Le Mans isn’t even a dream; it’s my goal,” said Van der Garde. “Therefore I am very pleased to sign with such an established and proven team as JOTA Sport. This is a new chapter for me going in to endurance racing and I am sure it will be an enjoyable one.”

“I have always enjoyed the teamwork side of racing, particularly from an engineering perspective, so I think this will be an asset to start with.”

“In F1 I was competing in the highest level of motorsport, but with Caterham there wasn’t a real possibility to win races. Now with JOTA there is, and again at a high level of racing.” 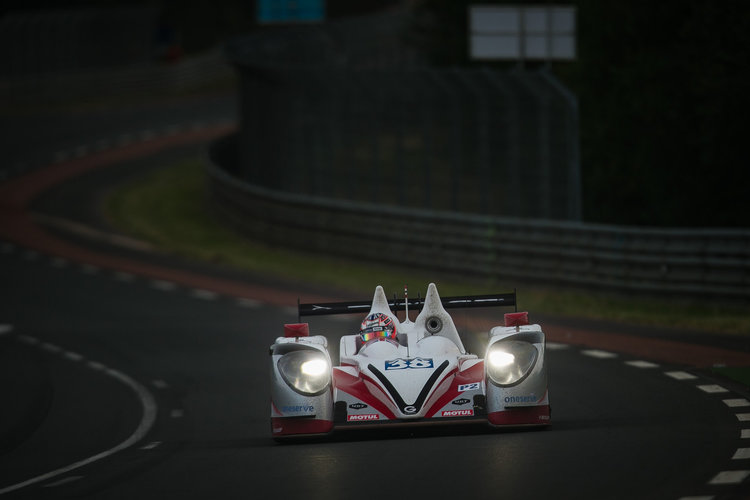 Van der Garde has a proven track record in single seater machinery, having won the Formula Renault 3.5 title in 2008. He went on to record race wins in GP2 before stepping up to a test and development role with the Caterham F1 Team. In 2013 he made his full-season F1 debut, partnering Frenchman Charles Pic, with his highest result of 14th coming at the German GP.

“I am very much looking forward to sharing a car with Giedo this season,” added Jota Sport driver/partner Simon Dolan. “He has a very strong pedigree in racing and I am sure he will be a great asset to the team. From what I have heard he has already made a good impression at the workshop and it is evident he is hungry to forge a good career in endurance racing.”

“We have been talking together for a while on introducing Giedo to endurance racing and I am delighted that we can now work together, on what I am sure will be a fruitful and long-term partnership,” said Sam Hignett, Jota Sport partner. “He has all the attributes to continue his success from single-seaters to sportscars and we are looking forward to working with him. He will mirror the dedication and professionalism of the team perfectly.”

Jota Sport will begin its ELMS title challenge at the official pre-season test at Paul Ricard, which takes place on March 29-30.

By Alice Holloway
2 Mins read
After serving as CEO of Le Mans Endurance Management for nine year, Gerard Neveu will leave the FIA World Endurance Championship and European Le Mans Series at the end of 2020.
24 Hours of Le MansFIA WEC

By Alice Holloway
3 Mins read
The final six hours of the 24 Hours of Le Mans offered up chaotic racing, with the class leaders decided in the final stages of the race.