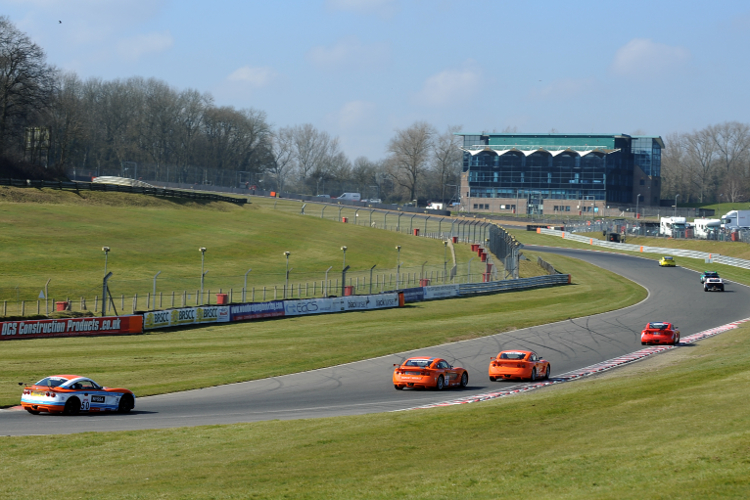 Following a ground-breaking 2015 season for the series, the Ginetta Junior Championship could reach even bigger heights this year with a 22 driver entry headlined by a number of returning stars, alongside a talented Rookie pack featuring a couple of household motorsport names.

Last year, the Junior Championship excelled with the biggest grids in series history producing the usual brand of all-action, thrills and spills racing that makes it without doubt the most popular and entertaining support championship for the BTCC.

From the pack, Jamie Caroline and Senna Proctor emerged as the championship protagonists and would produce a titanic title battle that swung back and forth through the year, ultimately going right down to the wire … and beyond. For suspense and drama, the title showdown will be hard to beat this time around.

The class of 2016 will certainly try though, and after taking the title with Caroline, HHC Motorsport are back to defend their crown. The Yorkshire team lead this year’s entry with a formidable four car line-up, which is headed by the highest placed returning driver from 2015, Lewis Brown.

Brown was a revelation in last year’s championship with R&J Motorsport, quietly rising up the standings as the title battle stole the headlines in front of him. An unmatched run of ten consecutive top six finishes helped him to third overall, with just the top step of the podium eluding him so far. 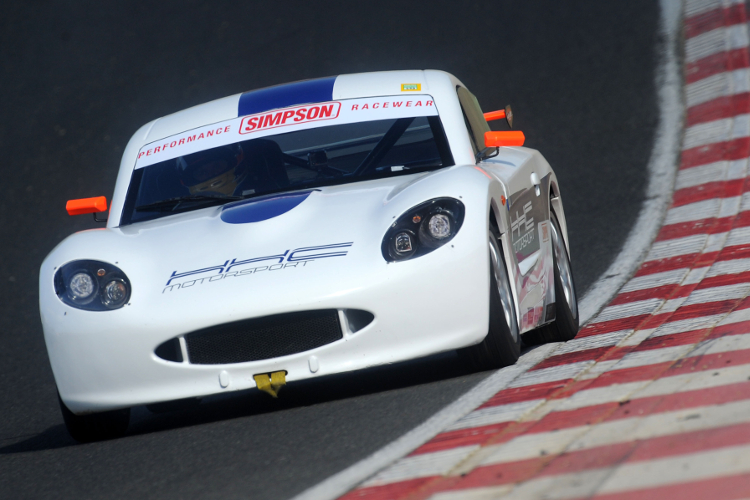 The second sophomore driver joining the team this year is Will Tregurtha. He showed strong progression last season, picking up five Rookie podiums and an outright best of fourth with RCE, which should be the platform for him to become a regular front-runner this year.

Completing the HHC quartet is Charlie Fagg, who prepares to embark on his first full Junior season after taking a breakthrough top six finish in the 2015 season finale, and racing rookie Tom Gamble, brother of former series front-runner George.

To successfully defend their title though, HHC will have to overcome Stuart Middleton and Douglas Motorsport, a partnership that is reunited following an impressive first season together last year.

Middleton enjoyed the most successful first season ever for a Ginetta Junior Scholarship winner with three outright podium finishes and second overall in the Rookie Cup standings, before making a statement of intent for 2016 with an utterly dominant triple win en-route to the Winter Series title.

Middleton is joined at the Irish team by his successor to the Scholarship crown, Daniel Harper, who beat over sixty other drivers to win his fully-funded season. While it will mark his circuit racing debut, the Northern Irishman has clear talent having been a winner in Irish Junior rallying last year.

After running a single car last season, Douglas are expanding to a three-car entry this season, with their line-up completed by exciting newcomer Enzo Fittipaldi. Grandson of double F1 world champion Emerson, the 14 year old makes his UK racing debut after a strong Scholarship showing.

JHR Developments meanwhile are going for strength in numbers this season as they aim to win back the title they last won in 2014, with a six car entry split between four second year drivers and a pair of series rookies.

Their best chance of a title challenge looks likely to come from Kyle Hornby, who firmly showcased last season that he has the pace and racecraft required to be at the front after picking up two outright podiums through the season as well as a pole position at Silverstone.

Team newcomer Cameron Roberts will hope to move up to the front of the grid this season after breaking into the overall top six last year at Silverstone with TCR, while the returning Seb Perez was a regular top ten finisher through the year before enjoying a maiden podium in the Winter Series.

Total Control Racing are back for their second year in the Juniors with a potential title contender in their ranks in Dave Wooder. While results didn’t always go his way in his rookie year, Wooder’s pace was clear with pole position at Oulton Park and a pair of fourth places late in the season.

Fresh from their debut campaign last year, Elite Motorsport are expanding to a two car squad this time out with the star rookie from the Winter Series Harry King, who took three of the four class wins at Snetterton, and fellow series newcomer Tom Wood.

With almost all the returning drivers in new homes for 2016, and an exciting group of talented rookies and new teams joining the field, the Ginetta Junior Championship is looking set to produce another memorable campaign.

On top of having one of the largest entries in the BTCC support paddock this season, the championship is also breaking new ground this year with the most races in championship history, with five triple-header meetings making it a 25 race calendar.

That means the fans will be treated to more action-packed racing, while the drivers will have five extra opportunities to impress as they aim to write their names in the Ginetta Junior history books alongside the likes of Charlie Robertson, Tom Ingram, Seb Morris and Dino Zamparelli.

The 2016 season kicks off at Brands Hatch this weekend (2/3 April), with the short, fast Indy circuit always promising a qualifying session decided by fractions of a second, and two tightly contested races that are sure to entertain the Kent crowd.

Ahead off the season opener, a recap of the thrilling 2015 season can be read here, while you can catch up with all the news from across the winter here.