The British GT Championship is going from strength-to-strength with yet another year of full, strong grids that are no doubt the envy of GT championships the world over.

The calendar is also the same as last year as well – albeit with the traditional Oulton Park season opener being moved to the end of May because of how early Easter was this year with Brands Hatch becoming the season opener- with the same visits to Brands Hatch, Rockingham, Oulton Park, Silverstone, Snetterton and Donington Park being joined by the now traditional visit overseas to the glorious Spa-Francorchamps – a good test for anyone thinking of the Spa 24 Hours.

However, there is one notable change and that is the departure of Avon Tyres. The erstwhile title sponsor and tyre provider were replaced with Pirelli as series chiefs SRO – the Stephane Ratel Organisation – look to see all their championships using the same tyres as those used in the Blancpain GT Series to promote teams dipping in and out of different competitions.

Speaking to a number of drivers in the pre-season, there was an agreement that teams with Blancpain experience would potentially have an early season advantage. Many more drivers though, said the tyres were easy to find the ideal groove with and were looking forward to the extra speed and longevity the Pirelli rubber looks like it will bring.

Moving into the premier class in the British GT Championship, there has been a bit of fun and games over the Winter – if the game was musical chairs.

The biggest news is that the once familiar pairing, and reigning champions, Jonny Adam and Andrew Howard at Beechdean AMR have split up with Ross Gunn being promoted from the GT4 car to partner Howard in the Aston Martin V12 Vantage GT3. One question mark though is how Howard will combine his European Le Mans Series duties at Silverstone with the opening round at Brands Hatch which take place on the same weekend.

Adam himself has gone to TF Sport and their Aston Martin where he’ll race alongside Derek Johnston who will both be joined by Mark Farmer and Jon Barnes who move from 22GT Racing to the second TF car.

Other big news is that Barwell Motorsport, formerly BMW regulars, have upgraded to a ‘new’ GT3 in the shape of the Lamborghini Huracan. One car will be in the familiar red and green Demon Tweeks colours of Jon Minshaw and Phil Keen with a second car being driven full season by Liam Griffin. Griffin, the former Motorbase Performance driver, will not have one team mate this year but two with Fabio Babini partnering the Londoner for the first few rounds of the year before Alexander Sims takes over for the remainder of the year.

That all means the Ecurie Ecosse team will not be racing a BMW this year, nor will Marco Attard will be driving. Instead, the team will be racing a McLaren 650S GT3 with support from Garage 59 for Alasdair McCaig and McLaren factory driver Rob Bell. The team will also lead the development on the McLaren 570S GT4 – more on that in the GT4 section.

Ginetta’s GT3 car will also be making a reappearance this year but not for Team LNT, instead GT4 squad Tolman Motorsport will be racing the pair of G55s as they make the leap to the top GT3 class. One car will feature former Ginetta racer Ian Stinton alongside factory driver Mike Simpson, while the other will see David Pattison teamed with rising GT star Luke Davenport. 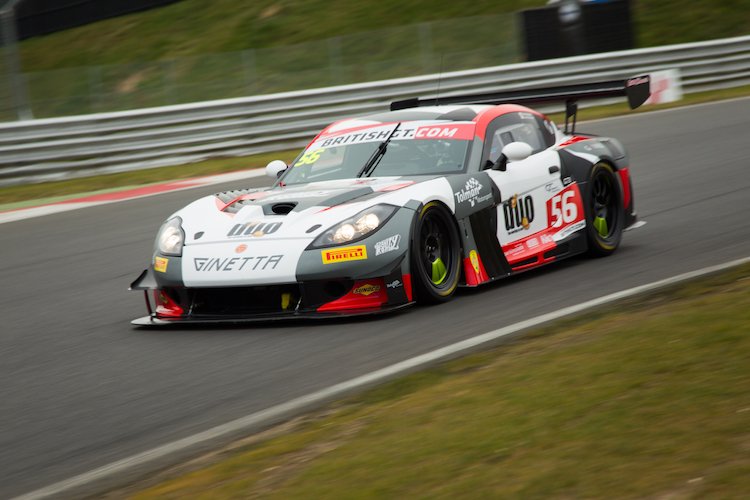 That is not the only example of cars swapping teams as Lee Mowle takes his two BMW Z4s from Triple Eight – who are leaving the championship – to AmDTuning.com in just the team’s second year in the championship. The first car will see Mowle continue with regular Pro team mate Joe Osborne while the second car will be making sporadic appearances throughout the year.

Also racing a Z4 this year is an all Am line up for Martin Short and Rollcentre Racing. Racing under the Team ABBA with Rollcentre Racing banner, Short will race alongside Richard Neary the only all-Am line up in the championship.

Elsewhere, with an all-Silver rated line-up, is Optimum Motorsport. The former Ginetta competitors will be racing a new shape Audi R8 LMS – which generally appears in the Creventic 24 Hour Series for thee team – with Ryan Ratcliffe and Will Moore taking in the championship.

Rounding out the GT3 class are two Aston Martin Vantage’s. The first is for Motorbase Performance with Ross Wylie and Phil Dryburgh and the second is for new team PFL Motorsport who will see Jody Fannin and Pete Littler – who is racing a non-adapted car with a false leg, false hips and pins in his back – take on the championship.

The biggest news coming from GT4 is the news that last year’s champions Ross Gunn and Jamie Chadwick will take on vastly different seasons. As mentioned above Gunn will move to the GT3 Beechdean car while Chadwick will race a partial season for Beechdean from Spa onwards alongside the star of the Great British Bake-Off Paul Hollywood as well as taking part in the first two rounds for Generation AMR SuperRacing.

That entry would normally driven by Matthew George and James Holder, but business commitments for SuperDry boss Holder opened the door for Chadwick to race the team’s Aston Martin Vantage GT4 at Brands Hatch and Rockingham.

Back to Beechdean and the team will continue in its vein of finding talent from single seaters as Jordan Albert and Jack Bartholomew look to start off their GT careers with the GT4 title – Beechdean already have it two years in a row – as they make the leap to closed top cars from spells in the BRDC F4 Championship.

Elsewhere in the class, surprising news came out at Media Day as McLaren GT made the announcement that BlackBull Ecurie Ecosse would be running a GT4 version of the 570S with Sandy Mitchell and Ciaran Haggerty handling testing duties this year before the car goes on sale to customers in time for the 2017 season.

Also joining the GT4 class is a team that are developing a monopoly on British motorsport – Team HARD. Tony Gilham’s team will race two Ginetta G55 GT4s for Robert Barrable, Wilson Thompson, William Phillips and Jordan Stilp with the team also having a mantra of giving youth a chance and providing inexperienced drivers a place to develop their skills.

There also a number of other Ginetta entries for Lanan Racing and Simpson Motorsport – who were both meant to be racing Porsche Cayman GT4 ClubSport’s but the cars couldn’t be built in time for the start of the season so the team’s are relying on Ginettas.

However, one car ready in time – and looking fabulous – is the Ebor GT Motorsport Maserati GT MC GT4 which will be driven by Abbie Eaton and Marcus Hoggarth in the team’s first season in British GT.

The first round of the British GT Championship takes place this weekend at Brands Hatch on the GP circuit with The Checkered Flag covering all the sessions.

By Michael Callander
2 Mins read
Fox Motorsport will return to the British GT grid in 2021 after a one-year hiatus, running a McLaren 570S GT4.
British GT

By James Thompson
1 Mins read
G-Cat Racing will return to the British GT Championship with Porsche machinery, marking the first time that more than one Porsche has appeared in the GT3 field, since 2014.