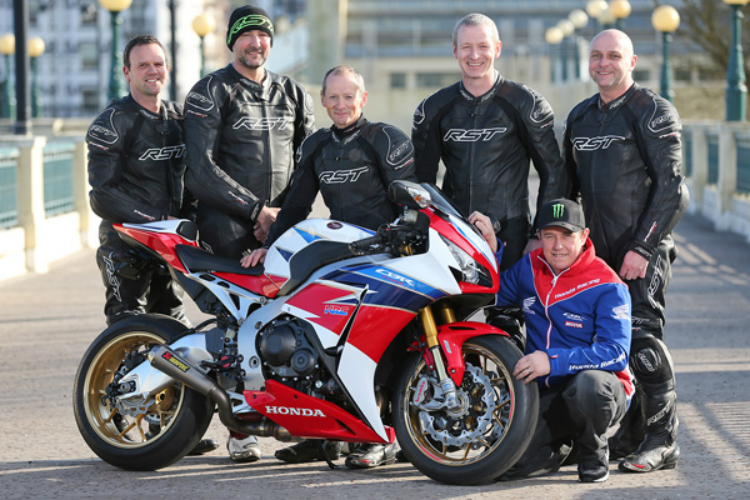 Honda have been confirmed as the new motorcycle partner for the 2016 Isle of Man TT road racing event.

The new deal will see the Japanese manufacturer supply a fleet of CBR1000RR Fireblades for the travelling marshals throughout qualifying and racing events.

Honda’s association with the TT can be traced back to 1954 when their founder, Soichiro Honda, made his famous declaration to ‘participate in the TT races’ and to ‘pour in all of my energy and creative powers to win.’

The manufacturer made their first appearance in the 1959 TT – winning their first race three years later in 1962. Honda now has the most wins as a manufacturer with over 250 victories to their name.

“Our success around one of the world’s most demanding circuits continues with the current generation Fireblade and it’s fitting that the bikes help the travelling marshals in their essential work, as well as taking a starring role in the racing.”

The travelling marshals were first used in 1935. They are located around the Mountain Course and are able to provide a rapid response to any incidents.

All of their bikes carry medical equipment to assist them with any casualties. The marshals also carry out duties such as course inspections, observing bikes on the course for any visible faults and reviewing any incidents out on the course.

The TT marshals have previous experience of the course having competed in either the TT itself or the Manx Grand Prix. In fact, the current team has eight Manx Grand Prix wins and a TT podium to their name.

Isle of Man Government Representative for Tourism and Motorsport, David Cretney said: “There is a great bond between Honda and the TT races, the Isle of Man and its people. It is a great reflection of the current strength of the TT that a company as prestigious as Honda has come on-board as an official partner, and its support is a vital part of delivering the TT experience and running the races.