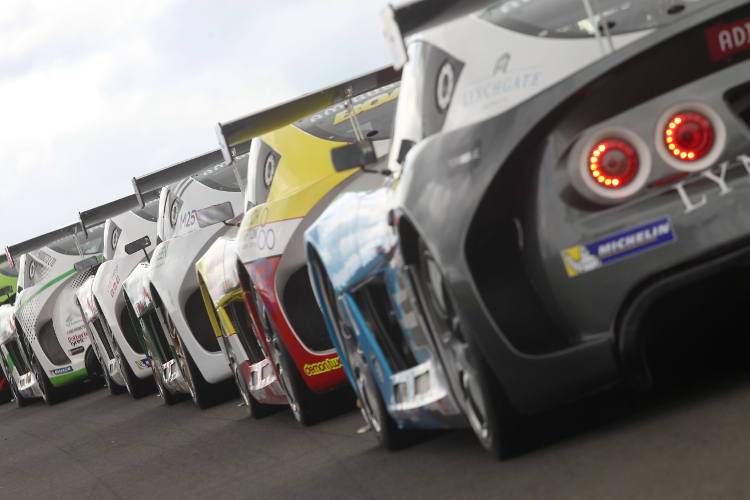 The Michelin Ginetta GT4 Supercup is nearing the end of a long seven week break from action, with the championship’s team and drivers preparing for the visit to Oulton Park early next month (04/05 June).

The BTCC support series has enjoyed six races so far this season, with triple-header meetings at Brands Hatch and Donington Park including a historic treble victory, one new race-winner and seven different podium finishers.

Here’s a race-by-race recap of the action so far:

It was Jamie Orton who led the way in the opening qualifying session of the campaign and he duly converted that into a lights-to-flag victory in the season opener around the Brands Hatch Indy circuit, though he certainly had to work hard for his victory.

Tom Wrigley was the man asserting all the pressure onto the race leader following a mid-race safety car period caused by an off for Ben Green, but Orton held him off to take the win in the debut race for his new-for-2016 Triple M Motorsport team.

Rob Wheldon took third for an impressive first podium finish in the championship, with an early move on Rob Gaffney securing Will Burns fourth. Gaffney and Carl Boardley rounded out the top six, with triple Ginetta champion Mark Davies seventh on his return to the series.

The opening win gave Orton pole position for the second encounter, but he wasn’t able to capitalise on it as wheelspin on the damper inside line of the grid allowed the fast-starting Wrigley to storm into a lead he wouldn’t relinquish.

The top two traded fastest laps over the first half of the race, but Orton couldn’t fashion a real overtaking opportunity and Wrigley took his first non-reverse grid win in the Supercup, while Burns fending off a race-long challenge from Boardley to complete the podium.

Reece Somerfield secured fifth position ahead of Davies, who took the final place in the top six following a late move on Gaffney, while Callum Pointon and Wheldon recovered from early drama to finish eighth and tenth respectively.

The first reverse grid draw of the season promoted Boardley to pole position and the privateer looked set to take full effect as he led a large portion of the race from Burns, until an unfortunate spin on his own at Druids dropped him down the order.

That promoted Burns into the lead which he held to the finish for his long-awaited maiden Supercup win, with the race shortened when the red flags were brought out for an incident between John Wall and Fraser Robertson.

Somerfield took second ahead of Wrigley and Tom Hibbert, who finished fourth despite early contact with Orton that spun the latter down to eleventh at the finish in his 100th Supercup race. Two places further up was Colin White meanwhile, completing an AM class treble for the weekend.

The trip to the East Midlands for the next three rounds would prove to be all about one driver, with Wrigley setting the tone for what was to come by converting pole position into a dominant lights-to-flag success in the opening race.

Orton was his closest challenger, but couldn’t match the leaders pace and was left to settle for a comfortable run to second. Green impressively ran third into an early safety car period, caused by an off for Wall, but a mistake at the restart cost him ground.

Burns benefitted to take the final podium position ahead of Boardley, Hibbert and TCR team-mates Davies and Pointon, with Green recovering to tenth. In the AM class, a dramatic conclusion saw James Guess and White come to blows on the final lap, gifting Grahame Tilley to the win.

It would prove to be a repeat performance for Wrigley in the second encounter, with the Rob Boston Racing ace leading from start-to-finish one again. Only a mid-race safety car slowed his progress after Davies spun into retirement, but Wrigley dealt with the restart with ease.

An early change for second place saw Burns slip past Orton, and despite immense pressure from his former team-mate over the remainder of the race, Burns held on for his fourth consecutive podium finish in second.

Boardley and Hibbert fought over fourth, with the former decisively taking the position around the outside at Redgate, while Green climbed through the order to sixth ahead of Gaffney, Pointon and Wheldon. Robertson looked set for AM class success before White snatched the win late on.

The reverse grid for the final Donington encounter put Hibbert on pole and the privateer maintained his advantage early on as Orton and Burns squabbled behind, with contact between the two at Redgate dropping Burns down the order.

That promoted Boardley to second ahead of Wrigley, but the latter was a man on a mission and swiftly worked his way to the front to become only the third driver in championship history to take a hat-trick of wins on a weekend, with Boardley going on to take second.

Hibbert eventually slipped to fourth, with Green getting ahead in the closing stages for his maiden Supercup podium. Wheldon and Pointon rounded out the top six, with Orton and Burns down in tenth and eleventh ahead of AM winner White – Orton having suffered a spin of his own.

Wrigley Is The Man To Beat At The Moment – Credit: Jakob Ebrey Photography

Wrigley’s dominant Donington treble has given him an early fifty point championship lead heading to Oulton. Burns is his closest challenger, with Orton eight points further back. In the AM class meanwhile, reigning champion White holds a 24 point advantage over Guess.

Full championship standings after the first six races can be seen by clicking here.