Behind the scenes with Dunlop and Strakka Racing at WEC Silverstone

Tyres. In the words of Jean-Felix Bazelin, the Director of Operations at Dunlop Motorsport, a car without tyres will never win a race.

At the season opening FIA World Endurance Championship event at Silverstone, The Checkered Flag was able to get up close to Dunlop tyres and to Strakka Racing to see how the two co-exist and work together towards that victory.

Whereas the trio of Nick Leventis, Danny Watts and Jonny Kane came up short in the race, finishing fifth in the LMP2 class in the only open-top car left on the grid, the work that Dunlop put in to engineer, not only their car but cars up and down the WEC grid in all four classes, shows just how important tyres and sharing information is.

Watching from inside the pits as Strakka Racing made a pit stop was a privilege, with the team doing an expert job to switch drivers, add fuel and change tyres in the shortest amount of time possible, with the professionalism obvious with everyone involved.

But going back to Dunlop, The Checkered Flag had the privilege of talking to David Billingham during the race as he oversaw proceedings as the Dunlop Engineer for both Strakka and LMP1 privateer outfit Rebellion Racing during the Silverstone race, with the engineer providing a valuable insight on what his role was within the garage during the six-hour race.

“We’re the link between the tyre manufacturer and the engineer during the race,” said Billingham to The Checkered Flag.  “What we have to do is adapt to how the race is changing, how the conditions are changing, and how things are happening.

“We work directly with the guy on the pit wall to try and work out the strategy, see what the wear is like, we’ve only got a limited number of tyres, so we sometimes swap lefts to rights, an old set with a new set, and we alter the tyre pressures as per the ambient is during the race.

“We’ve got the telemetry that tell us what the pressures are doing all the time, and we’re adjust the next set that are in the ovens to try and compensate and make it balanced.”

Post pit stops, Billingham makes a point to speak to the driver about their stint, about what could be improved for a later stint, especially if the driver in question is set to return to the drivers seat for another stint later in the race.

“I’ll have a chat with the driver when he gets out of the car,” said Billingham. “I don’t speak to the driver when he’s driving, when they get out we have a bit of a chat about what went wrong, what went right, and if they’re getting back in what they would like from us.

“The main thing is that we are restricted to four sets of tyres plus two tyres, so you’ve just got to try and make the best of that to try and get it to work.”

With his temperature reader in hand throughout, ready for the call from the teams, Billingham revealed the plan for the Silverstone race, how the new driver will have four brand new Dunlop tyres on his car, and already believes that as the race progresses, the track will become easier on its tyres

“When the next pit stop comes up, this time, we’ll have a new driver, and he’ll have four new tyres,” said Billingham.  “He’s then got to do two stints on those tyres.

“The driver who’s in there now at the moment, he’s done two stints, but we’ve changed his left front halfway, because the track at the start is always green.

“As the race goes on, the track gets kinder and kinder to its tyres, so we had to change the left front which is the one that wears the most here, and that gives him better front temperature for the last part of his stint.”

Billingham smiled as he admitted he had worked with the same chassis – the Gibson 015S with G-Drive Racing – during the European Le Mans Series race at the same circuit on Saturday, a car that ultimately was victorious, and he looked at the strategy used during that race and improved it for the subsequent WEC race on Sunday.

“For this particular race I was fairly fortunate I looked after the same chassis in the other paddock with the JOTA car,” said Billingham. “I’ve sort of taken yesterday’s strategy, improved it overnight, so we’ve got a better plan here, and at the moment we’re looking pretty good to be honest.

“We’re not expecting to change (strategy) unless the weather changes.”

The choice of tyre compound, Billingham admits, is very car dependant, but reveals the Strakka chassis is kind to it’s Dunlop tyres, and he will then talk to the engineers within the team to try and keep the balance of the tyres throughout the race.

“[The choice of compound] does depend on car to be honest,” said Billingham. “This car is very kind to its tyres, so it does give us a bit more of a window, but the engineer and I will discuss it and it is sort of our discussion, and influenced by the driver, to try and keep the balance of the car the same.

“Providing it doesn’t change the balance, a driver probably wouldn’t know unless you told them [that they had a different compound].”

Billingham reveals the two major issues that as a Dunlop Engineer he has to work with, which is wear and structure of the tyres. He points out that some tracks will suffer wear wise, such as Silverstone, but in other races wear will not be an issue, and in races such as at Spa-Francorchamps or Le Mans, the structure itself will become the issue.

“Silverstone is very abrasive, very high on wear,” said Billingham. “There are two major problems with tyres, its either wear or it’s structurally.

“So Spa, the next race is structurally very difficult but very kind on wear, here, structurally is okay but wear is very high, especially with the weather we’ve been having and the low temperature.

“So if it was a normal weekend and it hadn’t rained then a lot of rubber would have gone down and it makes it kinder and kinder, but as it gets cleaned every night with the British weather, it makes it harder and harder.

“Each track has its own little quirks, Le Mans in structure, our tyres there will probably do four stints wear wise, structurally, anything beyond that is not too safe.  Hopefully we plan and learn our lessons from previous years.

“At Dunlop, we’ve always been a bit racy I suppose, sometimes it’s a bit risky, structurally the tyres have come on very well over the last few years.” 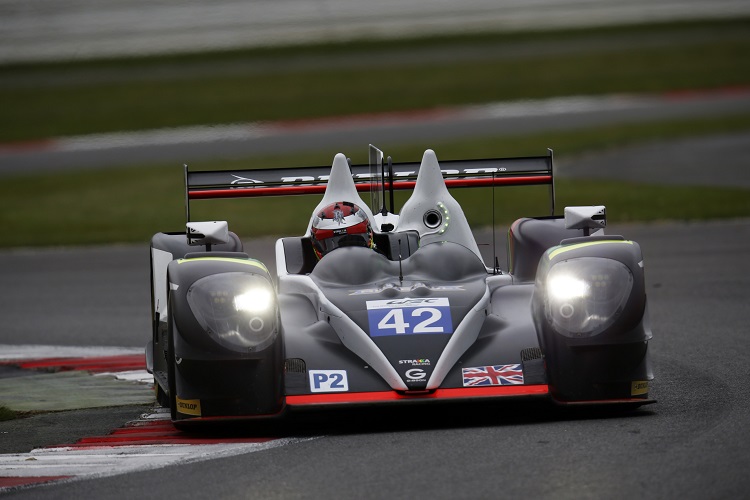