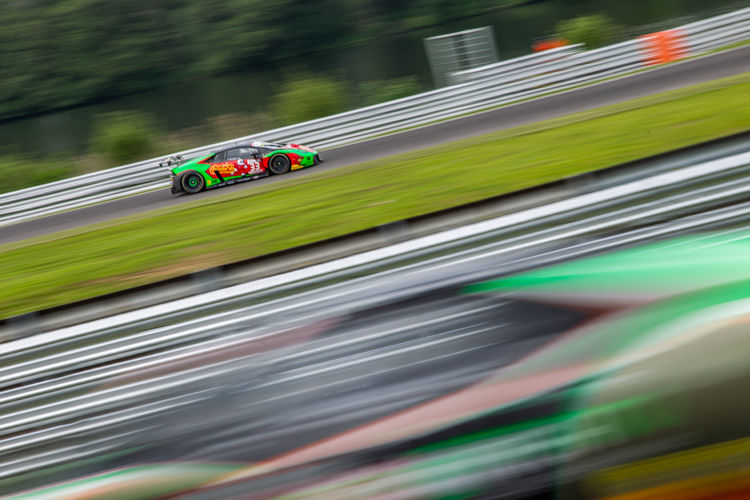 The GT3s were out first and with two races to qualify for, the Ams set the grid for the first race and the Pros the second race.

Setting the pace initially was Derek Johnston in the #17 TF Sport Aston Martin Vantage GT3 with a 1:35.952 but with action guaranteed to be frantic in the races drivers were quick to establish themselves at the sharp end of the grid to get the best start come race one. The first to usurp Johnston’s pole time was Jon Minshaw, a 1:35.579 knocked pole down by a few tenths and that was enough to put the Lamborghini Huracan GT3 out of reach.

That meant the battle became who would join Minshaw on the front row. Initially Rick Parfitt was in the hot seat as he put the Team Parker Racing Bentley up into second but Liam Griffin must have had his Weetabix this morning and proceeded to hustle the second Barwell Lamborghini up into second place with a 1:35.618 – only 0.039 off pole. With only ten minutes in the session, Parfitt didn’t have enough time to improve and will start third with Johnston fourth and Alisdair McCaig fifth in the Black Bull Ecurie Ecosse McLaren 650S. 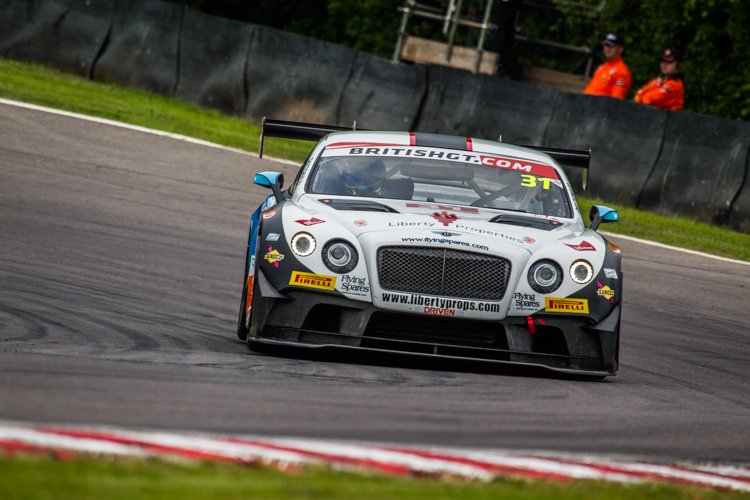 With the sharp end for race one sorted, it was the turn of the GT3 Pro drivers to show what they’re made of and on the move at the start was Rob Bell in the McLaren who smashed the fastest time all day setting a 1:33.637 with Adam Carroll less than a tenth behind in the #6 Lamborghini shared with Liam Griffin.

Also making a move was Seb Morris in the Bentley. Initially second, the next lap through he hooked up a perfect lap and clocked a 1:33.606 to secure pole position for Bentley – his second this season after his pole at Brands Hatch.

As the session ended, Bell would stay second with Phil Keen making a late leap up to third place to get a handy double of grid positions for Monday. Fourth place would be Ross Gunn – capping off a decent day for the GT4 Champion – with Jonny Adam fifth and Adam Carroll eventually settling for sixth.

In GT4 PMW World Expo Racing completely dominated both sessions with Graham Johnson setting a 1:43.866 to claim pole for race one and Mike Robinson clocking a 1:43.108 to setting a scorching race two pole.

With no one able to touch their Ginetta G55 GT4, it was just a matter of how it would line up behind and in the Am session Beechdean AMR’s Jack Bartholomew bossed the ‘Baby’ Beechdean with a 1:43.990 which was initially good enough for pole before Johnson blasted them away. Third in the Am session went to Alex Reed in the Lanan Racing Ginetta with Sandy Mitchell starting fourth in the McLaren 570S. 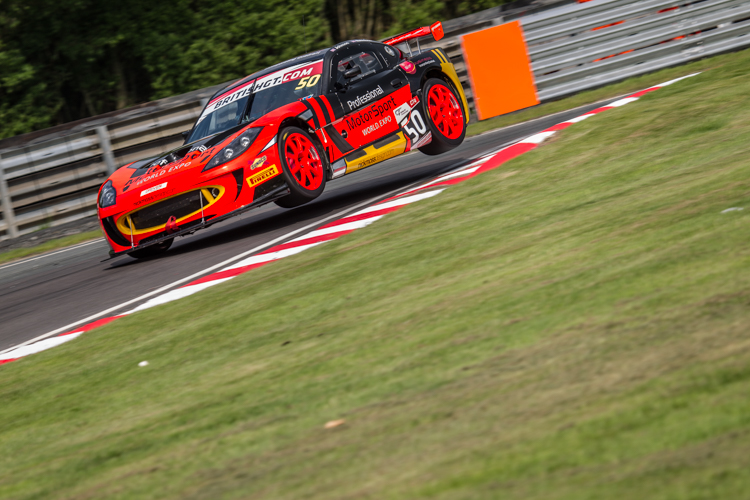 In the Pro session Robinson claimed pole on his very first flying lap with Ciaran Haggerty desperately unlucky not to better it – his first lap was 0.064s behind the Ginetta but that was the closest anyone would get to unseating the pole sitters.

With Robinson bettering his earlier pole time, Scott Malvern managed to spot a gap to split first and second by slotting the Simpson Motorsport into second place with a 1:43.374. Matthew George will start in fourth in the MacMillan Racing Aston Martin with Nathan Freke unable to capitalise on the pace he showed in the two free practice sessions earlier and will start in fifth place.

The two races will take place at 11.15am and 15.30am on Monday 30 May with live coverage on The Checkered Flag.