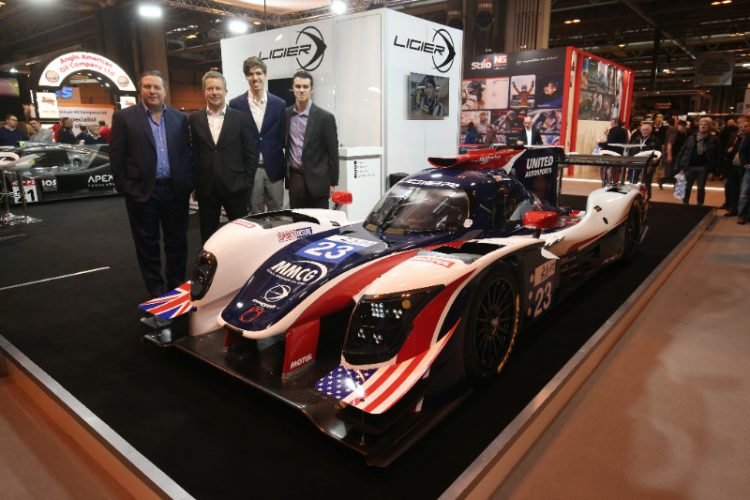 United Autosports have confirmed Will Owen and Hugo de Sadeleer for their European Le Mans Series LMP2 entry this year, along with an entry in the 24 Hours of Le Mans.

The duo join the reigning ELMS LMP3 champions after both drivers took a route in to motorsport via single-seaters. Owen began racing the traditional route of karting before heading in to USF2000 where he took victory in Indianapolis along with numerous top-10 finishes in his debut year. Swiss driver de Sadeleer followed a similar path but more recently raced in the 2016 Eurocup Formula Renault 2.0 series. There will be a third driver joining them who is yet to be announced.

In ELMS LMP3, Americans John Falb and Sean Rayhall will line up to defend the crown, Mark Patterson, Wayne Boyd and Christian England will remain with the team for 2017.

Will Owen said ““There is going to be great competition this year in the LMP2 category and we are all going to learn so much but I also know everyone on the team is pushing to win. It is a dream come true to be able to go race at circuits like Silverstone, Monza, Spa and Le Mans. It has been a goal of mine to race at the Le Mans 24 Hours but I never thought I would make it this early in my racing career. It is an honour to be a part of an event with such deep history.”

All the races are important though, and with the new Ligier JS P217 that Onroak Automotive has built, we will be putting up a big fight at every event. I’d like to thank Richard Dean and Zak Brown for giving me this fantastic opportunity with their team, and I’d also like to thank everyone from back home that has helped me so far to get to this point. Time to get to work!”

Hugo de Sadeleer added: “I am excited and hopeful about taking this huge step from single-seater racing to endurance racing. The ELMS will be a thrilling challenge; if I look back to a year ago, I would never have imagined myself transitioning to such an impressive machine. I am honoured to be joining such a distinguished team too.

“It was by chance that I met with United Autosports last season and they gave me the incredible opportunity to prove myself in their winning LMP3 car. I am very grateful for their belief in me and hope our partnership will lead to success. The Le Mans 24 Hours always felt like just a dream but the fact that it has become a reality is beyond belief. The history of Le Mans, as well as competing against drivers that I look up to, is something I am very proud to be a part of.”

Zak Brown, Team Owner and Chairman, United Autosports: added “It’s going to be great having Hugo and Will as part of our LMP2 driver line up. Hugo tested our LMP3 car at the end of last year and did an excellent job and I have followed Will for a while now with his racing in America. I have high expectations for both of them. I’m so excited that United Autosports will be racing at the Le Mans 24 Hours. The team had a great year in 2016, winning the LMP3 championship so I’m confident we can carry the momentum onto 2017. Now we need to finish our driver line up. We know who we want and are just putting our finishing touches together to get our entire programme in place.”

Richard Dean, Team Owner and Managing Director added “The decision to race in LMP2 came quite late at the end of last year. Once it was confirmed we would have an entry into the Le Mans 24 Hours after winning the LMP3 championship, we decided to go ahead and planned to race in the LMP2 category, alongside our existing LMP3 commitments. It’s taken a lot of work in a short space of time to pull it all together, but I’m excited for what we’ve got going on this year.”