Swedish Team JC Raceteknik have confirmed that they will make their debut in the Supercar class for both the 2017 FIA European Rallycross Championship and the 2017 RallyX Nordic Championship. 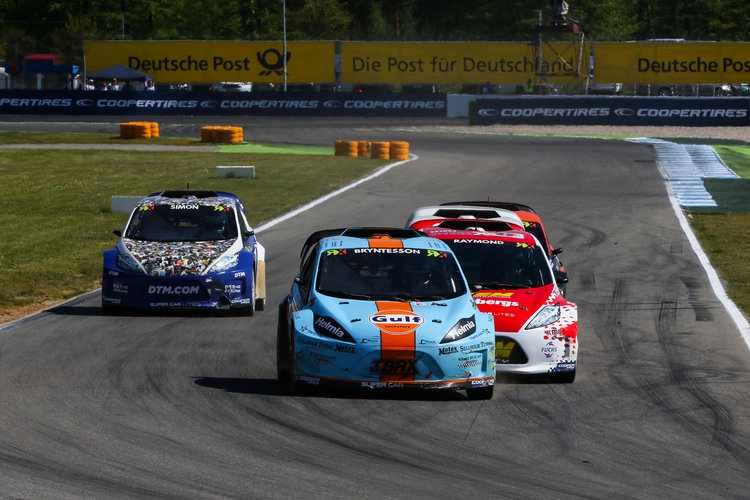 Thomas Bryntesson moves up from the RX2 Class in 2016 to the Supercar Class of Euro RX and RallyX Nordic for 2017. Credit: IMG / FIA World RX

Whilst the team have operated Supercars previously for drivers such as Alexander Hvaal, Eric Faren, Mats Ohman and Emil Ohman, 2017 will mark the first time that the team will field its own cars in the Supercar Class.

Team Principal Joel Christoffersson explained the plan for the team.

“We have planned a two-year commitment, so the first season is a bit of a learning year for sure. Despite this, we will as usual aim high. The goal is to be on the podium at the end of the season,” said Christoffersson.

“We think it’s great that there is so great interest in the European Championship at the moment. Even some World Championship teams are running cars in Euro RX, so this year will be formidable challenge.”

RX2 race winner Bryntesson has already experienced a Marklund Motorsport VW Polo Supercar at the 2015 World RX of Argentina and is looking forward to making the step up full time.

“It will be really fun to take the step up to Supercar. I can’t even describe how much I’m look forward to the season,” explains Bryntesson. “To compete in the Supercar has been my goal since I started motor racing, so it’s really a dream come true.”

“This is the first year in a new class, so it’ll be tough, but I have a good team behind me and I look forward to the challenge. During my career I have always fought for victories and in Supercar I will do the same and try to race at the top.”

Froshaug is taking previous experience of racecraft as one of his many tools for his debut in the Supercar Class this year and learns more about the cars.

“Everyone who is involved in rallycross dreams of someday competing in Supercar, so it’s obviously exciting. Driving in team with Thomas will be really good – he is really developing and is very fast, and I have the experience,” said Froshaug.

Despite the high competition, I will aim high. The goal is to be in the semi-finals and finals in both Euro RX and RallyX Nordic. I have scored many good results in the Supernational category and think I have a chance to fight for the top this season.

By Steven Batey
2 Mins read
Team RX Racing, along with both Tony Bardy Motorsport and Mellors Elliot Motorsport, will build a Proton Iriz RX Supercar in time for the 2021 season.
Rallycross

By Pontus Lindroos
2 Mins read
Nitro Rallycross has revealed the first official information about the upcoming 2021 season as well as plans for an SUV-based electric support series in 2022.
European RallycrossFIA World Rallycross