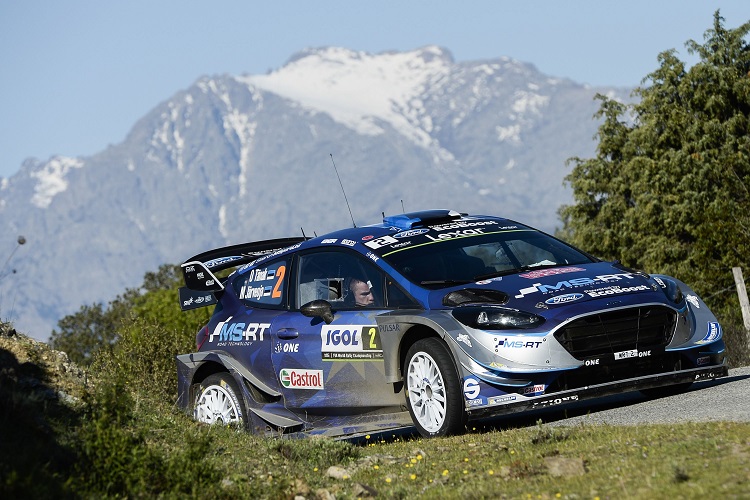 Ott Tänak struggled in the fourth round of the 2017 FIA World Rally Championship, the Tour de Corse, where the Estonian would end up finishing eleventh overall.

The tarmac rally, which the Estonian admits is his Achilles’ heel in the championship, did however start well for Tänak and co-driver Martin Järveoja – who was making his first appearance at the event. The pair would be sitting in fourth overall after the opening two stages.

But the strong start ended when during the second run through Pietrosella-Albitreccia on SS3, the M-Sport Ford Fiesta WRC slid off the road and into a ditch meaning Tänak was forced to retire from the opening day of the event.

Despite restarting under Rally 2 rules the following morning, Tänak continued to have engine issues with the new-for-2017 Fiesta but did continue to post competitive times throughout the second day of action.

The final day of the event saw Tänak continue to push to the finish through the mammoth 53.78km Antisanti – Poggio di Nazza and Porto Vecchio – Palombaggia ‘Power’ stages where he took fifth and sixth places respectively on his was to an 11th place result overall. 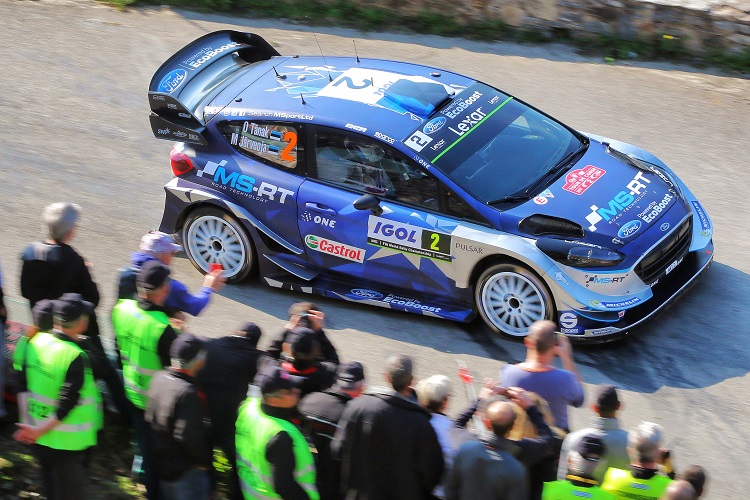 Tänak admitted that the rally contained a mix of emotions and said: “It’s been a rally of highs and lows. This has always been one of my least favourite events so it was really good to see that we had good speed through the opening stages. We were on pace with the Tarmac specialists and, for the first time, I was really enjoying these twisty roads.”

He added about his incident on SS3: “That made it really hard when we slid off the road – it was an empty feeling to be honest – but we have to look to the positives. We’ve learnt a lot and my pace has been so much stronger than it had been in previous years. The result wasn’t what we wanted, but the pace was good and we’ll come back stronger – all focus now on a proper push at Rally Argentina!”

The next round of the 2017 FIA World Rally Championship is Rally Argentina between 27-30 April.

By Vince Pettit
6 Mins read
2019 WRC champion Ott Tänak put the drama of the 2020 edition of Rallye Monte-Carlo behind him to set the pace on the opening day of the 2021 season.
FeaturesFIA World Rally ChampionshipWRC2WRC3

By Steven Batey
5 Mins read
The 2021 FIA World Rally Championship gets underway this weekend in Monte Carlo and Steven Batey looks at the contenders for the opening win of the season.