After winning the opening race of the weekend, it was Marcus Armstrong who left the first Italian F4 Championship round from Mugello, with a significant lead in the standings. The Kiwi benefited from a poor round for his rivals, as Juri Vips and Job Van Uitert took the other wins.

Vips has been absent the last two rounds, but returned along with regular Juan Manuel Correa, taking a victory two seconds and pole position for the Prema Powerteam. He was denied a win in the final race as Van Uitert recovered from his two retirements to collect 25 points.

Elsewhere, Lorenzo Colombo picked up two podiums to remain Armstrong’s closest challenger as fellow countryman and teammate Leonardo Lorandi finished just off the podium in all three encounters. The only other driver to collect silverware this weekend was Artem Petrov.

A strong qualifying from Armstrong had seen him start on pole, battling teammate Juri Vips into the first corner. The pole-sitter would remain ahead though as a safety car was soon called to deal with a first lap crash between championship contenders Job Van Uitert and Sebastian Fernandez.

As the race got back underway, Armstrong would waste no time in pulling a gap, proving his dominance in the Tatuus machinery. Vips would hold on to second, but found himself holding off Lorenzo Colombo in the closing laps as the Italian attempted to reduce the deficit to the winner.

Behind them, a quiet race from Leonardo Lorandi allowed him to record a comfortable fourth place, ahead of Kush Maini and Enzo Fittipaldi who withstood the pressure from behind. 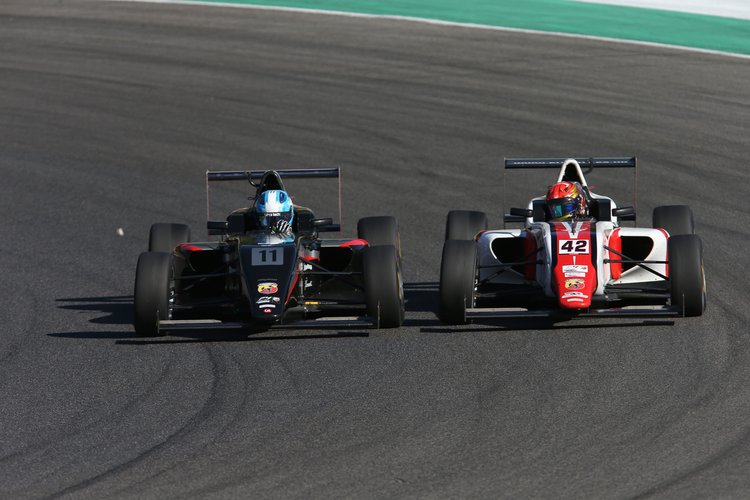 Strong weekends from Leonardo Lorandi (#11) and Artem Petrov (#42) keeps them both just within the title fight (Credit: ACI Sports)

It was once again a story of the pole-sitter for race two as Juri Vips broke away in the early stages to claim his first win of the 2017 Italian season. The Estonian held his ground over Leonardo Lorandi in the opening lap as Marcus Armstrong joined the three-way fight for the lead.

All eyes would quickly turn to Artem Petrov though, with the Russian scything his way through from eighth on the grid. His progress would be halted on lap five though as a safety car was called, reducing the gaps in the field.

This gave the advantage to Armstrong who took second as Petrov secured the final podium place. Lorandi thus dropped to fourth, holding off the late charging Lirim Zendeli who overtook Sebastian Fernandez in the closing stages.

The final race would not start cleanly as a large accident involving Kush Maini and a few other cars at the back brought out an early red flag. The damaged cars would not make the restart with Juri Vips leading them away for a second time.

Vips would remain unchallenged for the first half of the race, sprinting off into the distance as the BhiaTech cars failed to maintain the gap. Leonardo Lorandi had started second, but would have trouble keeping it. First from teammate Lorenzo Colombo and then from the charging Job Van Uitert.

With a championship at stake, Van Uitert knew the points would be vital and scythed past the opposition, even catching Vips in the closing laps for his second win of the year. Colombo completed the podium from Sebastian Fernandez and Lorandi.

Behind them, the Prema Powerteam cars of Enzo Fittipaldi and Marcus Armstrong kept within striking distance, though a late mistake from Armstrong saw him drop behind Artem Petrov. 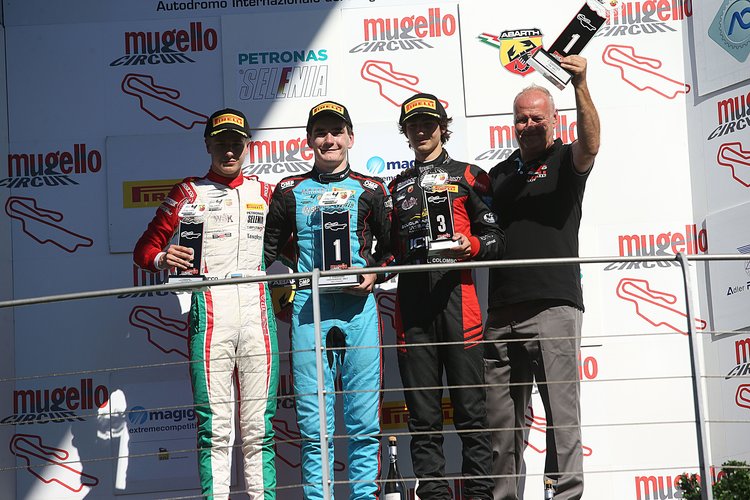