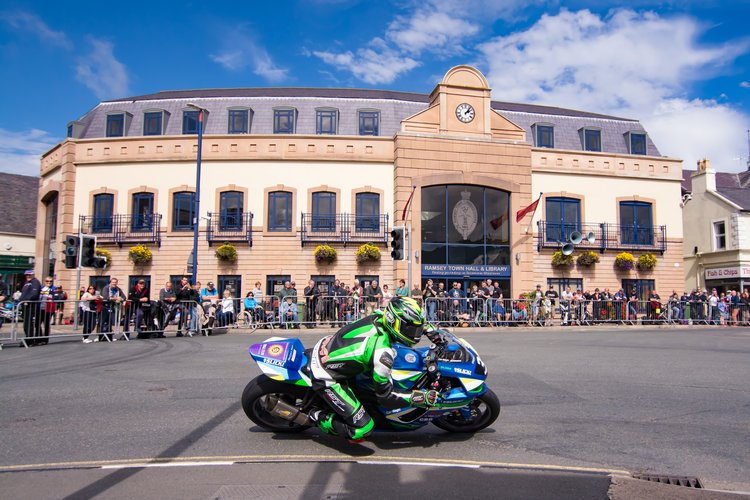 The 2017 Manx Grand Prix is only a week away, and we couldn’t be more excited to see the road racing spectacle.

There’s just under a week to go until all the action begins, and competitors are travelling from all over the world to compete on the world famous Mountain Course. Riders from Australia, New Zealand, America and Europe will be making their way to the Isle of Man to race alongside those from the UK, Ireland and of course, the Isle of Man.

Last year’s winners have moved on to the TT, leaving the door wide open for new, up and coming road racing talent to pave the way to victory. Royce Rowe will be making a long journey from Australia to challenge the Junior, Lightweight and Senior races and will be starting from number six. It could also be a Welsh victory, for PRF rider Barry Lee Evans who starts from number two.

Irish challengers Andy Farrell, Davy Lumsden and Dennis Booth will all be gunning for victory, while previous Newcomer winners Peter Wilkinson and Michael Evans will be looking to continue their winning streak around the iconic course.

Practice for the Manx Grand Prix commences on Friday 19th August at 17:20, and the full race programme is as follows:

If you’re not able to make it to the Manx GP, you can follow all the action with Manx Radio’s online commentary service from anywhere in the world.