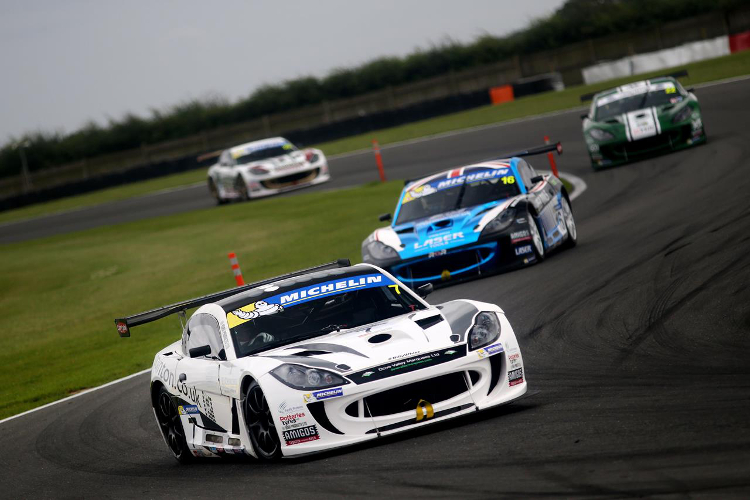 It was Jack Mitchell who led the way in qualifying on his return to the championship, but a textbook start from Ben Green saw him lead the field into Riches for the first time at the start of race one, with Mitchell slipping to third behind Pointon.

By the end of the lap it was Pointon in front though and the HHC Motorsport star would stay there for the remainder of the race on his way to a second win of the season, which was made better by his closest challenger heading into the meeting, George Gamble, retiring from fourth.

Mitchell would move into second on the opening lap, with him and Green running in formation from there to complete the podium, whilst Reece Somerfield emerged from a frenetic battle behind in a seasons best fourth ahead of Jones, Boardley and Tom Hibbert.

Jones’ standout performance of the season so far would come in race two though, with the Liverpudlian excelling on a damp circuit as he rose to third off the line, before benefitting from mistakes by Green on lap four and then Pointon two tours later to take the lead.

As he streaked clear to a maiden Supercup win that comes in his first outing since moving teams to Rob Boston Racing, Pointon fended off race-long pressure from Green, Mitchell and Hibbert – the latter losing a spot to Boardley with a five second track limits penalty.

After a tougher than anticipated 2017 season so far, Boardley would go on to make a much needed return to the top step of the podium in race three. Placed on the reverse grid pole, the Xentek Motorsport ace wouldn’t look back as he picked up a lights-to-flag win.

It wasn’t plain-sailing though as following an early safety car period following contact between Adam Higgins and Alexis Taylor, Pointon kept the leader honest but couldn’t find a way past, with just half a second splitting them at the chequered flag.

Hibbert was only a second further back after an impressive drive through from sixth to a third podium of the season ahead of Mitchell and Green, the latter now Pointon’s closest rival albeit 95 points adrift, while Charlie Ladell notched a weekend’s best sixth place.

In the AM class it was a weekend to remember for Jac Constable, with a triumphant hat-trick of class victories making it seven in a row for the Xentek Motorsport racer, moving him into the class points lead for the first time ahead of reigning double champion Colin White.

After a lights-to-flag success in the opener, Constable really had to work for victory in race two after dropping to third behind White and Jack Minshaw, eventually taking the win in dramatic style on the final lap before benefitting from a White spin to emerge victorious on race three.

CWS’ White would recover from that moment to finish third and complete a hat-trick of class podiums for the weekend, meaning he sits fifteen points behind Constable in the standings, while Minshaw and Dan Kirby were the other podium finishers across the meeting.