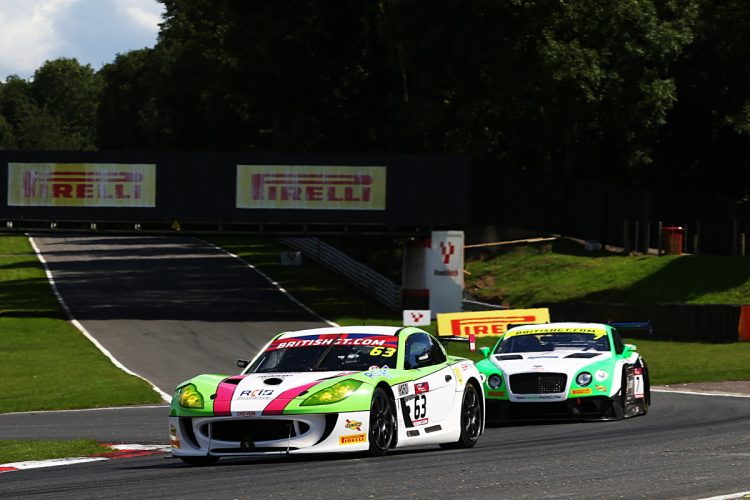 A wet-tyre gamble in qualifying failed to pay off in the ever-changing conditions at the Kent circuit, with British GT debutant Milford starting from a disappointing 17th on the grid in GT4.

“Qualifying was a mixed bag with the wet track,” Chapman remarked.

“It was a double-edged sword and a 50/50 gamble really on whether to go with slicks or wets. We stayed with wets but the track was dry enough for slicks right at the end so we lost out there.”

As the first driver picked up by the safety car, the 15 GT4 competitors ahead of 16th-placed Milford were able to complete an extra lap, circling the circuit before lining up behind the VAG Trophy competitor, effectively putting the #63 Ginetta a lap down on the rest of the field.

Despite Milford’s difficult stint, Chapman was impressed with the debutants’ overall performance over the weekend.

“Unfortunately, the Safety Car caught Chris first and so the others had another lap to go round and join the train behind him.

“Chris did a good job on his first time in the car and first time on the GP track, it was a big learning experience.”

An unidentifiable problem that caused meeting-long steering problems didn’t stop 17-year-old Chapman from posting the fifth-fastest lap time during his stint, pace that pleased the youngster in an otherwise troubling event.

“We knew it would be tough this weekend and, unfortunately, we did have an issue with the steering which was throughout testing, qualifying and the race.

“The guys at the team did a good job trying to get to the bottom of the problem, but we couldn’t seem to find the root cause.

“I was happy with my race pace, fifth quickest in GT4 wasn’t bad, even if the end result wasn’t what we wanted.”