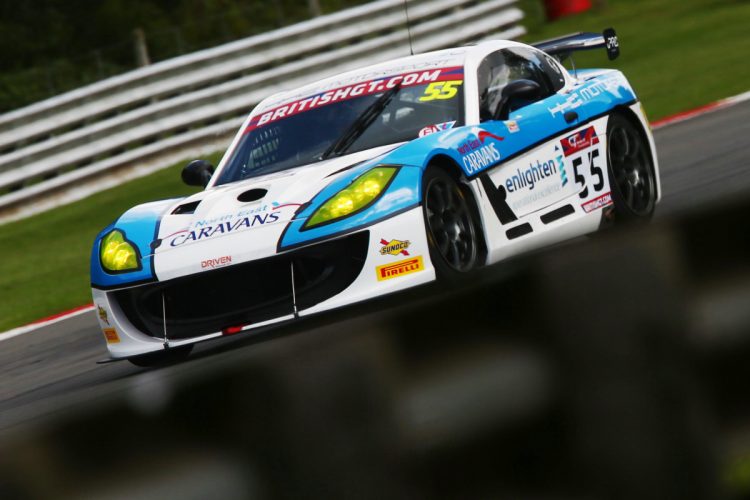 HHC Motorsport teenage duo Will Tregurtha and Stuart Middleton are hopeful of clinching the GT4 title at Donington Park in September, after charging to a late podium finish at Brands Hatch last weekend.

Former Ginetta Junior title rivals turned British GT team-mates, Tregurtha and Middleton have made a seamless transition to endurance racing. Having powered their Ginetta G55 to two victories and six podiums in their maiden British GT season, the pairing are on the cusp of claiming both the GT4 drivers’ title and GT4 Silver Cup honours.

With only a minimal 2.5 point title advantage over the #51 Lanan Racing Ginetta of David Pittard and Alex Reed, a disappointing qualifying in adverse conditions left Middleton starting Sunday’s race firmly in the midfield.

Early lap gains saw Middleton set his sights on title rival Pittard, with the pair spectacularly battling for a number of laps with the GT4 title firmly on the line.

“It was touch and go all the time in my stint, I had no time to relax and catch my breath I just had to put in the laps every lap,” Middleton said.

“The car felt amazing throughout, I had really good confidence in it and all I had to do was stay consistent and keep my cool – that paid off in the end.”

Following a dramatic steering issue for Pittard’s Lanan Ginetta, and an inspired strategy call that saw Middleton extend his stint as long as possible, Tregurtha was in prime position to challenge the #100 Garage 59 McLaren 570S of Ciaran Haggerty for third in the closing laps.

“Stuart did a fantastic job in his stint,” Tregurtha commented.

“The plan was to maximise that and keep him out longer than the others and it worked well.”

Tregurtha applied the pressure late on, powering ahead of the struggling McLaren through Clearways on the penultimate lap to seal an impressive podium.

“All I had to really do was sit there near the end of the race and wait, the McLaren’s tyre wear was more than ours and eventually I was able to capitalise on that.”

“We always look after our tyres but I was surprised how well they lasted in this race as we had a lot of extra weight [success ballast] this weekend – the team gave us a great car.

An elated Tregurtha asserted that despite a commanding 25-point championship lead with one race remaining, there’s still work to do for HHC Motorsport if they’re to emerge as title victors at Donington Park.

“It’s been so much fun this weekend and we definitely delivered with the podium and the increased championship lead. Now we’re looking forward to Donington, anything can happen but we’re in a good position.” 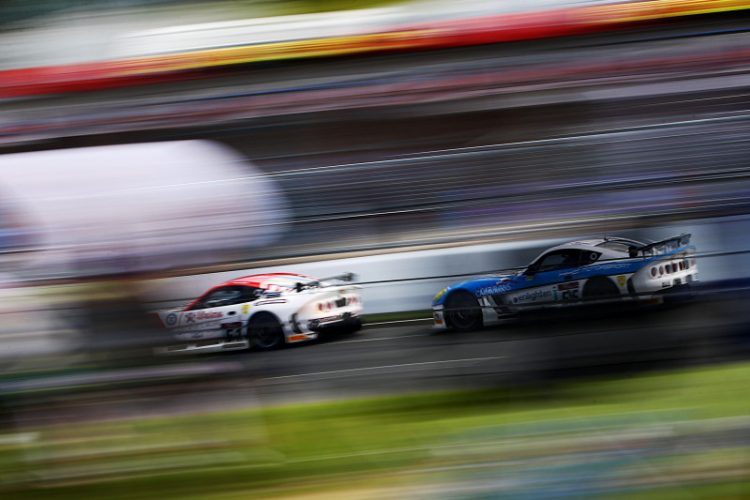