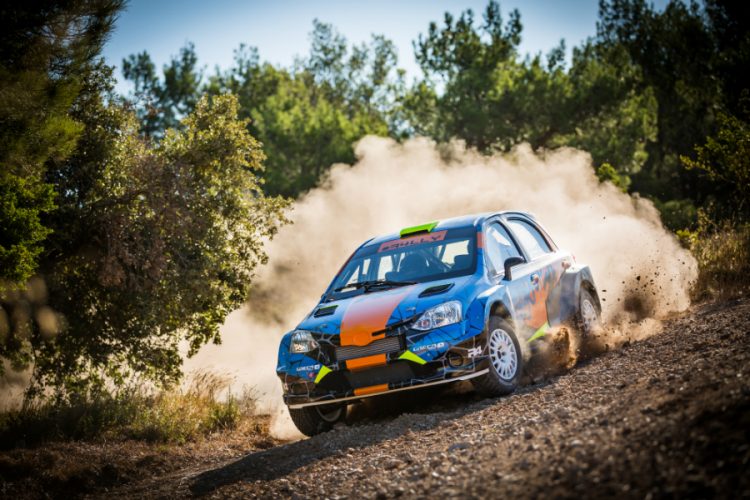 After several months of testing, French motorsports company ORECA has announced the name of the first rally team to have opted for the new R4 kit to build a rally car; RMC Motorsport of Spain.

Earlier this year, ORECA has been appointed by the FIA with the task of developing and selling the R4 kit, aimed at both national and international championships. Its first shakedown took place just a few weeks ago, with an R4-spec Toyota Etios (pictured above, not sold in Europe) driven by prominent names in rallying such as Stéphane Sarrazin and Julien Maurin. RMC will be the first-ever outfit to actually field this class of car on an event, more precisely a Renault Clio to be built with support from Renault’s Spanish branch.

“We really wanted to be the first ones to get involved in this project”  explains RMC’s team principal, Roberto Mendez. “With the traditional 4-wheel drive Group N coming to an end, we’re aware that the R4 class will fill the gap between R2, R3 and R5. The R4 kit’s bound to global success, it’s going to allow drivers to enter championships on a low budget but with 4-wheel drive cars still. With the R4, all manufacturers will also have the opportunity to develop their own rallying car. I’m 100% sure that, considering the sequential gearbox, differential, brakes and suspensions chosen, the R4 class is going to be very attractive to many drivers.”

“This first official sale makes us feel very enthusiastic!” FIA R4 Kit project manager Matthieu Bassou says. “It’s interesting and encouraging to see those involved in rallying support this initiative and agree on the importance of the R4 Group. We’ve got a kit which is reliable and fits well between R3 and R5. Teams now understand that the R4 kit can allow them to position themselves as manufacturers in their own right. Thanks to RMC, we’re going to see 4-wheel drive Clio in the Spanish Rally Championship and internationally. RMC are aware of the challenges ahead of them, being the first ones to work on manufacturing this Clio R4. At the design bureau, we’re looking forward to starting working on the project and to support them in the manufacturing of this new R4 model.”

Although the R4 Clio’s debut date is not yet known, ORECA are hoping for new commercial channels to open up, particularly in the South American countries.

By Nick Turner
1 Mins read
The 2021 Trackrod Rally Yorkshire has been given the go ahead to run as a test event before rallying’s return to Forestry England estates later this year.
British Rally ChampionshipNational Rally