Last year Red Bull Global Rallycross crossed the border to Canada for the first time. Yesterday, the series announced its calendar for the 2018 season, which will see the series once again travel outside the US for two rounds in Europe.

During the 2013 season, three rounds were held outside the US, with Brazil, Spain, and Germany making up the first three rounds of the season. Dreadful weather cancelled the Barcelona round however, with it being moved to the Germany weekend to form a double-header event.

Except for 2016, Red Bull GRC has held at least one round outside the US since 2013, with Barbados featuring in 2014 and 2015, and Canada last year. Not since then has a round taken place outside North America. However, that will change next year.

Insiders won’t reveal where the race is to be held, but the series usually announces venues in January and February, so we could find out where it will be soon.

Last time Red Bull GRC raced in Europe, it was part of the X Games‘ touring initiative. Liam Doran and Topi Heikkinen won on that occasion.

While we wait for more details on where Red Bull GRC’s European rounds will be held, we take a look back at other international locations the series has visited over the years.

Red Bull GRC’s first international round came as the series began a season which would see it become the first rallycross championship in the world to compete across three different continents in a single season.

Foz do Iguaçu was also an X Games invitational event which brought in a pool of ‘local’ drivers – including former Formula 1 and NASCAR man Nelson Piquet Jr. Another driver making, what was supposed to be, a one-off appearance was Scott Speed. Like Piquet, Speed had enjoyed stints in both F1 and NASCAR, and like Piquet, he’d never even sat in a rallycross car before the event. That didn’t seem to matter though, he won the event and ended up staying on for the whole season. Four years later, he was celebrating his third championship crown.

After the cancellation of the Spain event in Barcelona due to inclement weather, Red Bull GRC’s third and final international stop of 2013 was turned into a double header event.

It was a similar story on day two for Topi Heikkinen. The Finn was first in the seeding round and the first heat, going on to win the main event and start what would be a record-breaking five event winning streak on his way to that year’s title. 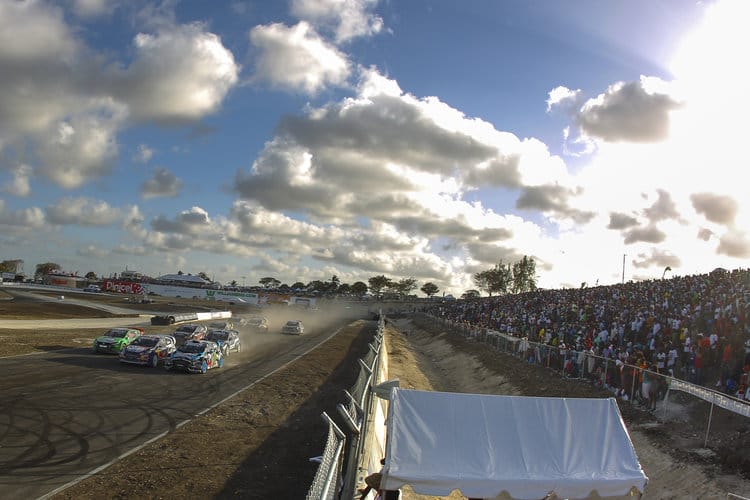 The only location on this list to hold multiple rounds, Bushy Park Circuit in Barbados held three events across 2014 and 2015.

In 2014 Bushy Park hosted the season opener as part of the wider Top Gear Festival event. Scott Speed repeated his feat from the year before by winning the season opener. It marked another debut victory too. Of course, Speed had a year’s experience under his belt by this point, but his new team Andretti Autosport were competing in Rallycross for the first time.

When the series returned to the island the following season for a double-header event, the Volkswagen Andretti team once again shone, but this time it was Tanner Foust in the spotlight, with the two-time champion winning both races. 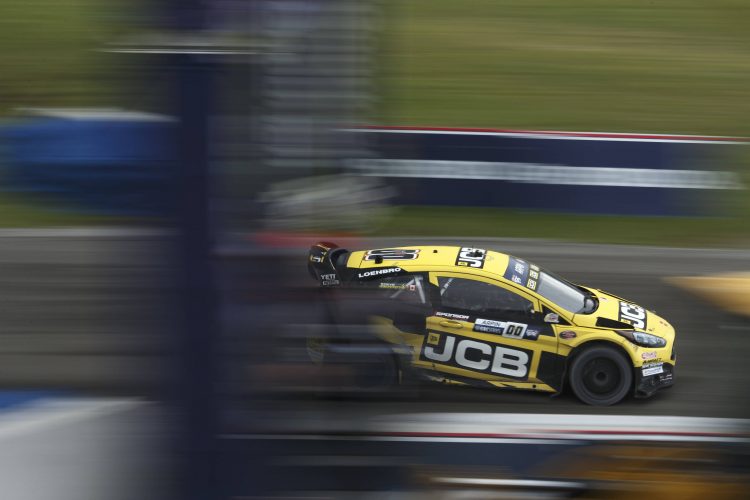 Last year it was Canada’s time to join the Red Bull GRC calendar. The doubleheader event was a fairytale occasion for Steve Arpin, who was racing on home soil for the first time in his rallycross career.

Seventh was all the Loenbro Motorsports driver could manage in qualifying for the first half of the event; but spurred on by record crowd numbers, the former NASCAR man took a semi final win, then made the perfect getaway in the final to take his third career victory.

The second day wasn’t quite as good for Arpin, who despite taking a heat win, retired from the final.

We know Red Bull GRC will be back in Europe this season, but where? An announcement will likely be soon, but until then it’s anyone’s guess.

Where would you like to see Red Bull GRC race this year?