Bryan Herta Rallysport boss Bryan Herta has admitted that his team doesn’t have a programme in place for the upcoming Red Bull Global Rallycross season.

The two-time race winners recently announced that they would be moving into the Pirelli World Challenge, running a factory-backed TCR operation. As reported by Racer, many of the company’s rallycross staff are set to move over to the new touring car operation, leaving the future of the rallycross team in doubt.

However, speaking to The Checkered Flag, Herta insisted that although the team has nothing in place for 2018 yet, he isn’t completely ruling out competing in Red Bull GRC once again this year.

“We do not currently have a program in GRC for 2018,” he said, “although we have not eliminated the possibility we could run Rallycross again also.”

Although sources indicate that programme has since fallen through, speculation had suggested Bryan Herta Rallysport was in the frame for a customer Subaru deal this year. 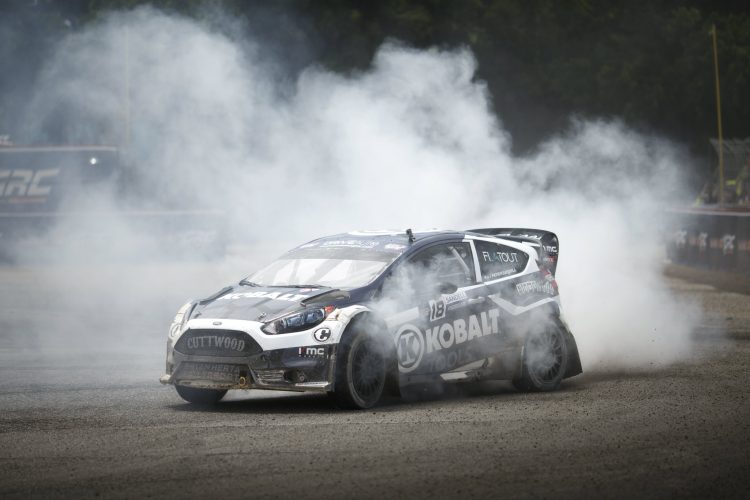 Bryan Herta Rallysport first entered Red Bull GRC back in 2015 running Patrik Sandell and Austin Dyne in a pair of M-Sport Ford Fiestas. Sandell won the second Detroit race that year, while Dyne took his first career podium at Daytona. Sandell remained with the team in 2016, winning again in Dallas.

The Swede departed the team at the beginning of 2017, being replaced by 2016 Red Bull GRC Lites champion Cabot Bigham and NASCAR regular Austin Cindric who competed in Seattle.

When contacted by The Checkered Flag regarding his plans for the upcoming season, Bigham said an announcement would be made in the coming week.