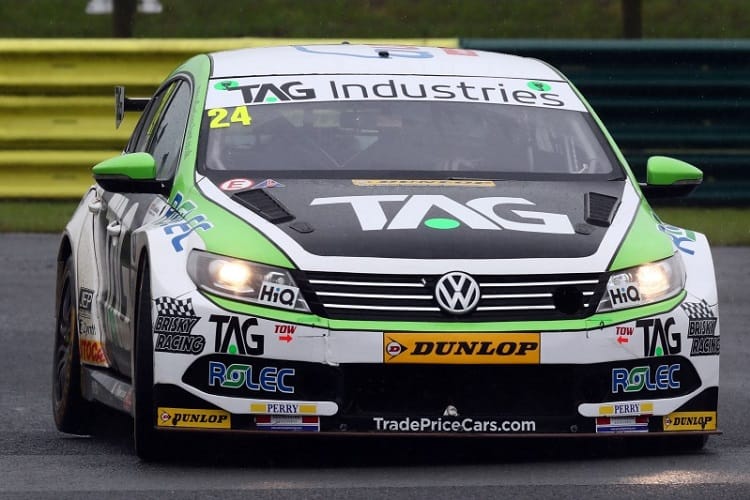 Team HARD is confident for the 2018 British Touring Car Championship after its first preseason test at Croft.

“I’m absolutely buzzing with excitement to see the first of our new 2018 VW CCs take to the track today at Croft,” said team boss Tony Gilham. “In what has been an amazing winter period for the team we have improved in all areas and essentially developed an all-new package for the coming season.

“Initial feedback from the drivers, engineers, and the rest of the crew fills us with confidence for the year ahead.

The first completed car will be driven by Bushell this season, who returns to the BTCC after winning the Clio Cup championship last year.

Bushell said the new car “fits like a glove” and added “the technical input from Geoff Kingston has made a potent car”.

The company’s owner, Dan Kirby, raced with the squad in the Ginetta Supercup last season and looks to expand his company’s involvement with Team HARD into the BTCC.

The Trade Price Cars logo will feature on all four of the team’s VW CCs, with the new livery being launched at the Donington Park media day.

“It’s an exciting time to be involved with Team HARD Racing, so it’s fantastic to welcome Trade Price Cars as our new title partners,” said Gilham.

“We get stronger with every year that passes in the BTCC. We have built an amazing technical team and all four drivers are capable of success, in the overall running and in the Independents’ championship.

“It’s great that Dan, as a friend of the team, has given us such a superb platform to work together. I can’t wait to see what we can achieve both on and off-track this year.”

Michael Caine back in BTCC with Motorbase for final two weekends