The Blancpain GT Silver Cup contingent is led by the #54 Jaguar G3 of Emil Frey Racing. The young crew of Alex Fontana, Adrian Zaugg and Mikael Grenier was impressive at Monza, fighting for the overall podium and sealing a dominant class win.

They will have no fewer than four Lamborghinis to contend with at Silverstone, among them the #24 Reiter Young Stars machine of Lenny Marioneck, Mads Siljehaug and Patric Niederhauser, who performed well at Monza with their Gallardo R-EX. 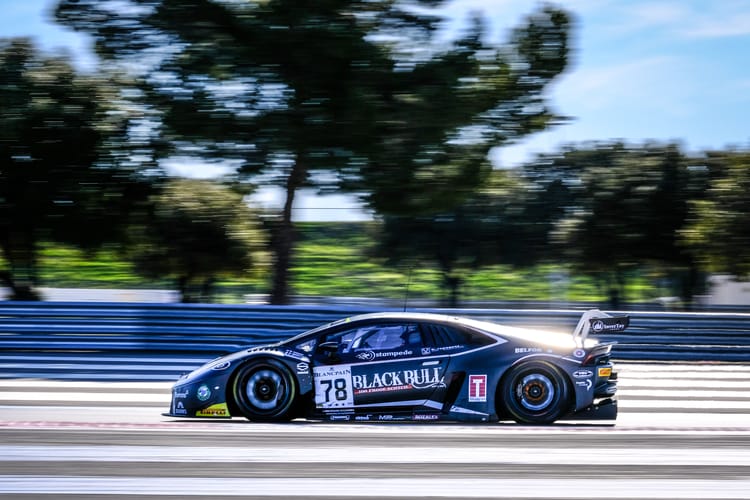 The remaining three entries from the Italian marque are all Huracans. Ombra Racing and Daiko Lazarus are both among the contenders, while Barwell Motorsport adds British interest with their #78 machine.

Six cars will take part in the Am-Cup category at Silverstone for what promises to be an exciting battle, with each team fielding a different machine.

Victory at Monza went to the #89 AKKA ASP squad, with Philippe Giauque, Eric Debard and Fabien Barthez victorious with their Mercedes-AMG GT3. Among their competition will be the BMW M6 GT3 of Walkenhorst Motorsport and the Porsche 911 GT3 R of Herberth Motorsport, who complete a trio of German machines in the class.

The biggest Silverstone crowd pleaser in the Am-Cup class is likely to be the #188 Garage 59 McLaren 650S GT3. The three-man crew features BBC Top Gear presenter Chris Harris, who has returned to the Endurance Cup full-time this season with the British manufacturer.

Following free practice and pre-qualifying on Saturday, qualifying will then take place at 9.45 AM BST on Sunday. The three-hour Blancpain GT Series Endurance Cup race gets underway at 3 PM, supported by action from the Lamborghini Super Trofeo race and the Formula Renault Eurocup.