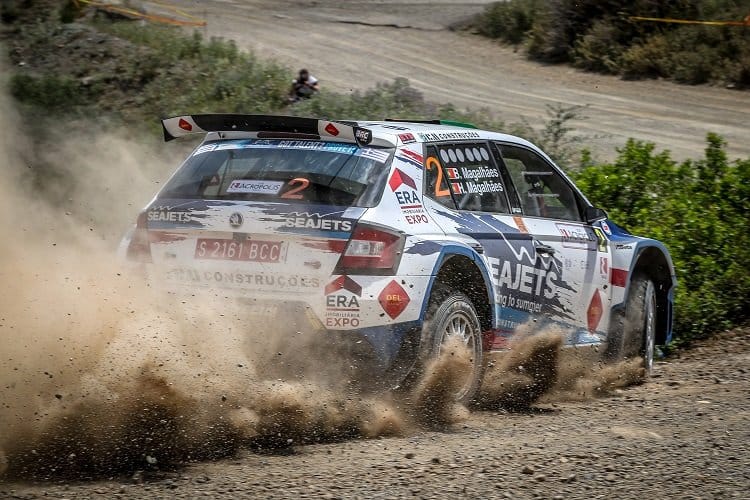 The Portuguese driver won in Greece ahead of Hungarian Norbert Herczig and Pole Hubert Ptaszek by 29.1s in a Skoda Fabia R5 after initially leading by over a minute going into Sunday’s final leg before choosing to take a slow and steady approach on his way to his first win of the season.

Magalhães said on his victory: “To win a rally like Acropolis, my name in the album of winners, is absolutely great. Thanks to my sponsors, they believe in me for many years. It’s a big pleasure to win in the country of SEAJETS, and I want to dedicate this to them. Thank you to my team.”

Title rival Lukyanuk, who had taken the previous two victories so far in this season’s ERC, retired early on Saturday morning on stage four after clipping a rock and breaking his Ford Fiesta R5’s suspension and driveshaft.

The Russian did restart on Sunday morning, winning three out of the last four stages and earning vital leg championship points in his pursuit of a first ERC title. 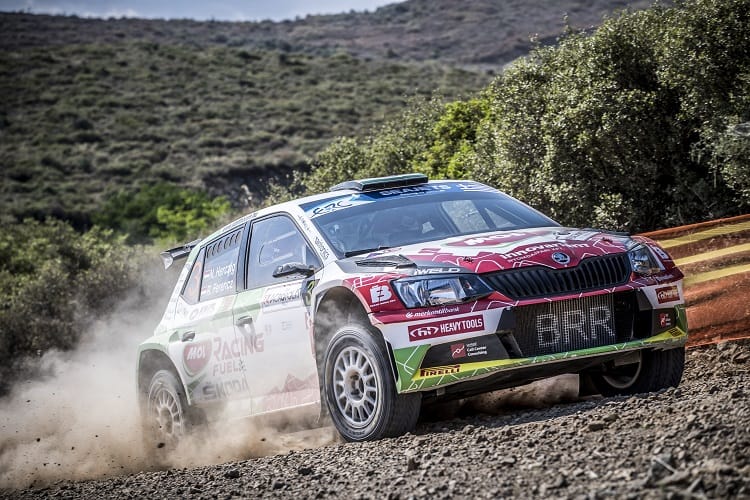 Magalhães closest challenger in Greece was Hungarian rally champion Herczig, who had initially led the rally after the first stage on Friday evening, but he couldn’t do anything with the charging Portuguese driver out in front and had to settle for second overall.

With Ptasek taking third overall, finishing over a minute behind Herczig, fourth went to a recovering Eyvind Brynidsen who had suffered intercom issues early on Saturday that forced his co-driver to use hand signals rather than pace notes and cost him over 20 minutes as a result in dropped time.

The Norwegian was another driver who earned championship leg points after fixing the issue before Sundays final four stages. Fifth in Greece went to Simos Galatariotis, while Grzegorz Grzyb rounded out the top six. 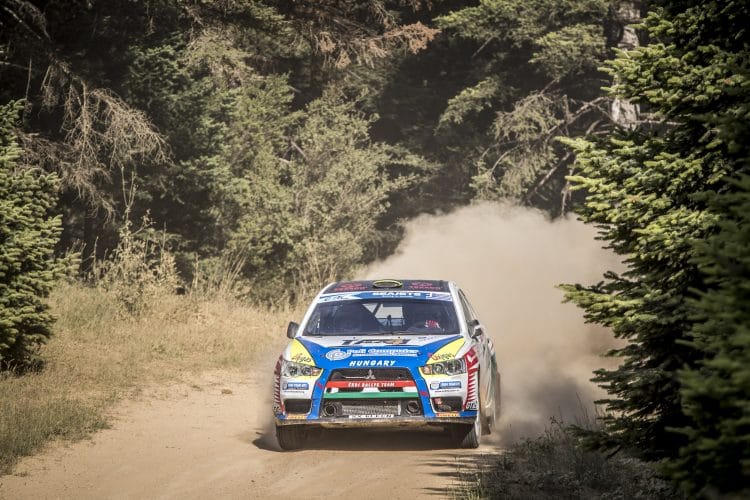 ERC2 saw Tibor Érdi Jr win the class for the second event in a row in dominating fashion ahead of championship leader Sergey Remennik and Zelindo Melegari.

Despite the Hungarian winning comfortably, the battle for the other two podium took many twists and turns. With two stages left, it looked as if Juan Carlos Alonso was going to make up for his 1m 40s penalty earnt on Saturday night as he leapfrogged Petros Panteli into third and lay just 8.6s behind Remennik in second, before the Argentine rolled out of the event on stage 11.

Going into the final stage over 15 minutes behind Panteli in third, Melegari would never have thought to have come out on the podium by the end of the final stage, but as the Cyprus driver suffered overheating issues, that’s exactly what happened.

Melegari managed to get the better of Panteli by just 10.8s after he stopped in the middle of the final stage to let his Mitsubishi Evo X cool down and he couldn’t make up the time after restarting. 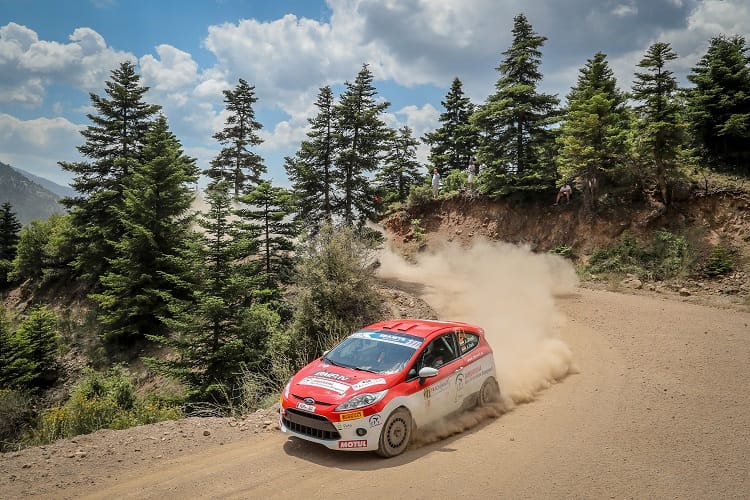 ERC3 saw a surprise winner, with Indian driver Amittrajit Ghosh taking the win in a Ford Fiesta R2. It looked as if Arthur Muradian was seemingly the man to beat, but his raw pace came to no avail as he sheered a wheel on stage five of the event and was forced to retire as a result. Emma Falcón took second in ERC3 and won the ERC Ladies’ Trophy, despite having no brakes on the whole of Sunday’s four stages.

Round four of the 2018 FIA European Rally Championship is the Cyprus Rally between June 15-17.