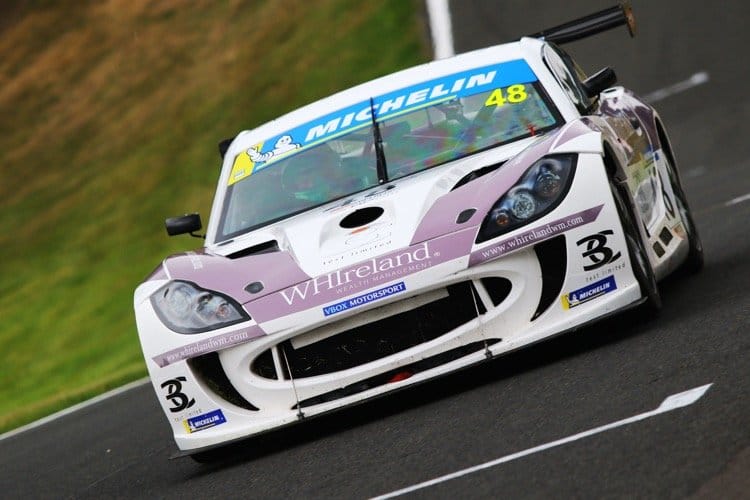 Andrew Gordon-Colebrooke announced himself as a force to be reckoned in the Michelin Ginetta GT4 Supercup as he qualified on the front row at Oulton Park.

The Buckinghamshire racer says the weekend “started off like a dream” as he converted promising pace in free practice into a best qualifying of his maiden season so far.

The races unfortunately wouldn’t go his way however, as a lap two spin in the opening encounter led to him recovering to eighth at the finish.

Gordon-Colebrooke was forced wide in his Century Motorsport Ginetta at the start of race two, but got back to ninth before a puncture forced a retirement.

“To be up there in the top five in both free practice sessions was fantastic and it made me confident that I could be challenging for pole position,” he said.

“I was over the moon to qualify on the front row. It was as close to a perfect lap as I could have hoped for and I have to thank Century Motorsport for giving me a brilliant set-up on the car.

“The races didn’t go my way unfortunately with some mistakes from myself and a bit of misfortune as well, but throughout both races our pace was still clear to see.

“I came into the weekend looking to half my time gap to the leaders, and to do that and more is brilliant.”

Despite the troubles, the 25 year old heads to Croft next in high spirits despite having never visited the North Yorkshire venue before.

“I’m confident that at Croft I can build on what we’ve achieved here and enjoy another great weekend,” he concluded.