Graeme Lowden – ‘We Need to Improve our Reliability’ 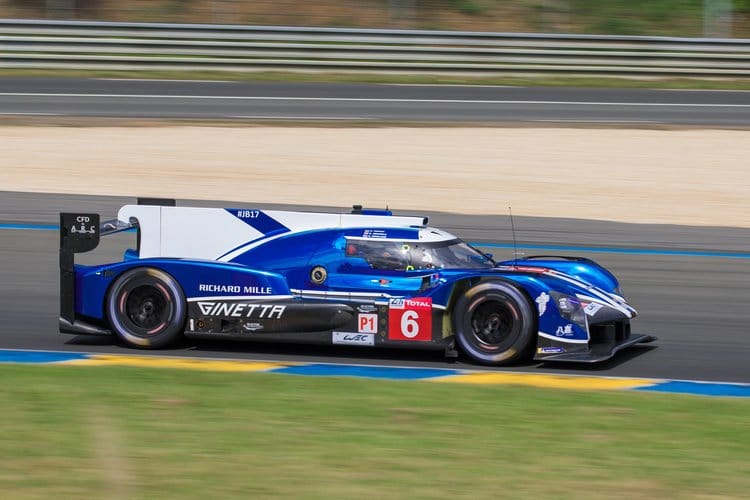 Entering their first 24 Hours of Le Mans, expectations were not high for the CEFC TRSM Racing – Ginetta G60, though with both cars facing significant reliability issues, the team were disappointed with the overall result.

Other than Rebellion Racing, they were the only other privateer LMP1 to make the finish, with the #5 crossing the line in forty-second place overall, 99 laps behind the eventual race winner.

“It has been a tough weekend,” started Sporting Director Graeme Lowden. “Although with the limited running that we have had that is not a surprise. To have Le Mans as the first race with a new car is a massive challenge and the move into LMP1 has certainly not made it any easier.”

“It’s clear that we need to improve our all round performance and reliability and we have learned a great deal about what needs to be done. From a performance aspect, we can be happy that the car was working well through high-speed corners such as the Porsche Curves and we will be focusing now on straight-line speed. As always, the team showed great character in the face of adversity and I am very proud to be working with them.”

The #6 suffered the brunt of the technical issues, falling behind the LMP2 within the opening hour. While the team continued for a number of laps, the recurring issue saw them retire early after just 137 laps. During their troubles they’d also pick up a stop/go penalty for spinning its wheels in the pitlane.

They would not be the only LMP1 to spin its tyres, though the #8 Toyota Gazoo Racing would receive no penalty, eventually winning by two laps.

As for the #5, they continued until the finish despite two trips to the pits for damage repair.

Driver for the #5, Leo Roussell said; “A difficult race, but the team did a great job with fixing the car every time. Le Mans is Le Mans – it is 24 hours and to finish we can be happy for all the team.”

By Vince Pettit
2 Mins read
Six rounds for the 2021 season of the FIA World Endurance Championship have been proposed with Sebring leading the way in March.
FIA WEC

By Paul Hensby
1 Mins read
ByKolles Racing has unveiled images of its 2021 PMC Project LMH hypercar, which will race in the FIA World Endurance Championship.
24 Hours of Le MansFIA WEC