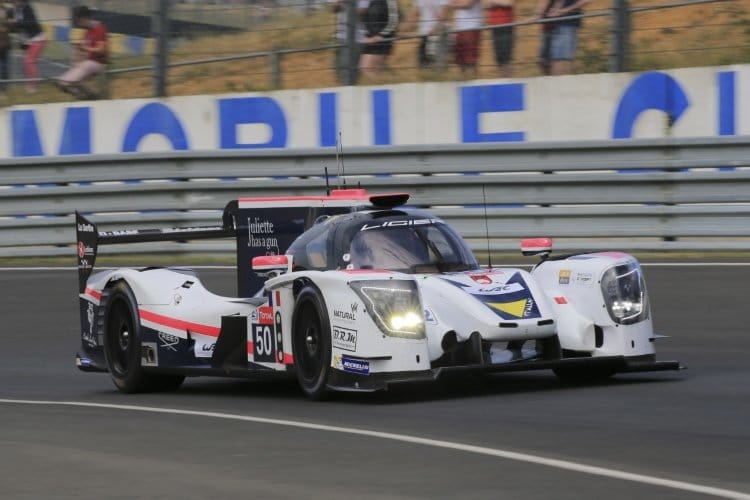 The test was the only opportunity for the all-French lineup of Romano Ricci, Erwin Creed and Thomas Dagoneau to try the Ligier JS P217 on the full Circuit de la Sarthe, ahead of race week.

Ricci and Creed previously competed on the 13.6km track in the ‘Road to Le Mans’ support race and used the pair of four-hour sessions to acclimatise themselves with the Onroak-prepared prototype in its low-drag aero specification.

Their co-driver Dagoneau also used the running to re-acquaint himself with an LMP2 car, having competed in an ORECA in the 2013 race.

The trio completed a total of 58 laps, with their best time being 3:40.926, though the Val-de-Vienne based outfit focused on finding a comfortable set-up for the race, and tested Michelin’s different tyre compounds.

Team boss Jack Leconte told reporters “The Test Day is critical, as the short practice and qualifying sessions require you to run to a particular programme.

“Over the course of Sunday, we worked on different set-ups, chose tyres, and continued to make step-by-step progress, improving our best time by six seconds through the running.

“The Ligier LMP2 has been extremely reliable, we’ve had no problems since our initial tests at Val de Vienne, and we want to maintain this for race week.”. 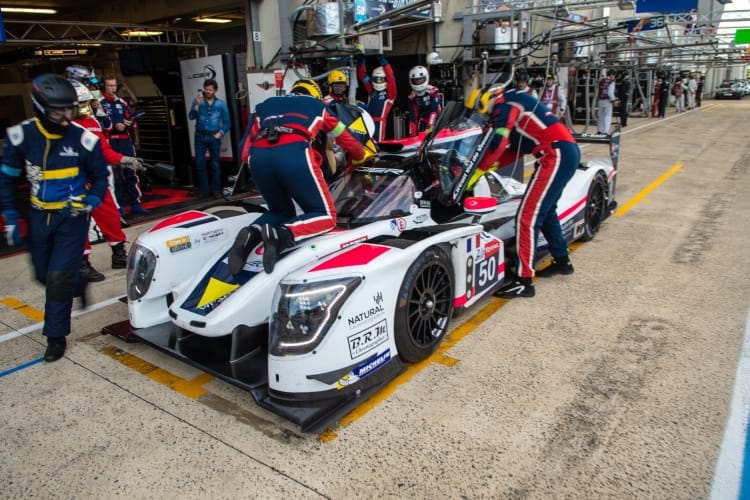 Romano Ricci added, “This test allowed me to understand the track, and adapt my driving style to running with a lot less downforce than we had at Spa-Francorchamps or Paul Ricard. We haven’t reached the peak of our performance yet, and we’ll continue to improve with more running.”.

Rookie driver Creed commented on his first laps in the LMP2 car at La Sarthe, “It was good to rediscover the track at the test after my experience in the Road to Le Mans race in 2017.

“The morning session was very productive, I made good progress regarding lap time, finding a good rhythm. In the afternoon I spun when the brakes were cold after a prolonged safety car period, but we had no damage.”.

The Le Mans local, Thomas Dagoneau, concluded “The day went well, it was good to get some running ahead of the race.

“I was able to improve my pace consistently, but in my second run, I had two safety cars, which restricted my opportunity to make the progress I thought I could. I’m looking forward to driving again in race week, and improving my times further.”

Michelin to remain as Formula E tire supplier until 2022

Toyota Feeling the Heat from Rebellion in Final WEC Practice