Porsche will start the 86th edition of the Le Mans 24 Hours with the largest GT works contingent in the history of the company. The two factory Porsche GT Teams will field four of the Porsche 911 RSRs at the classic on the 16th-17th of June on the Circuit des 24 Heures du Mans in France. Twelve works drivers will race in the GTE-Pro class.

The works squad travels to round two of the FIA Sports Car World Endurance Championship as the leader of the Manufacturers’ Championship. In the 60-strong field, four customer teams will campaign six additional 911 RSRs from the Weissach stable.

Porsche Motorsport boss Dr Frank-Steffen Walliser had this to say about the factory’s 2018 Le Mans GT entry, “With the changes to our strategy announced last year and the withdrawal from the LMP1 programme, we had also promised to expand our involvement in GT racing.

“This year’s Le Mans is the highlight, which is evident by the number of vehicles competing. With a total of ten Porsche 911 RSR, we’re witnessing one of the largest GT line-ups ever. Our cars represent 30 percent of the entire GT field, and we’re very proud of this.”. 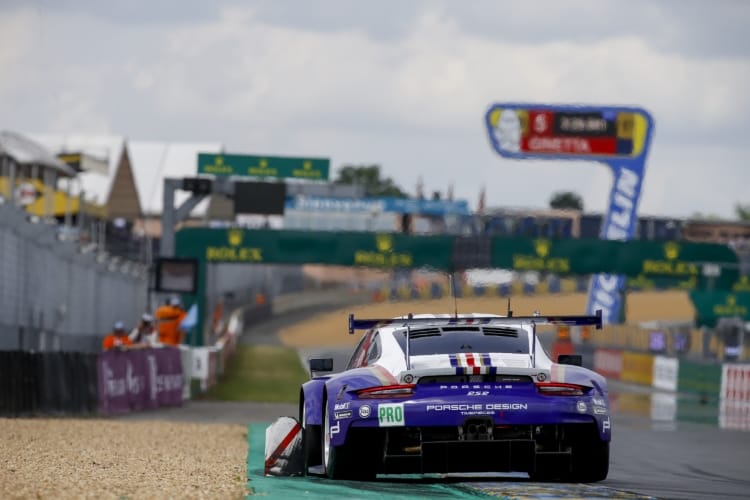 In the GTE-Pro and GTE-Am class, the Porsche 911 RSR clocked the fastest lap times at the test day on Sunday. “The test day was great practice for the Le Mans race weekend. We used the test sessions intensively to continue our setup work and to get used to the tyres and racetrack,” said Pascal Zurlinden, the Porsche GT Program Director.

“Everything went to plan, and we experienced no technical hiccups. We didn’t use any tactics but instead drove all-out. It’s not our philosophy to hide things. And besides, you can’t learn anything by doing that.” 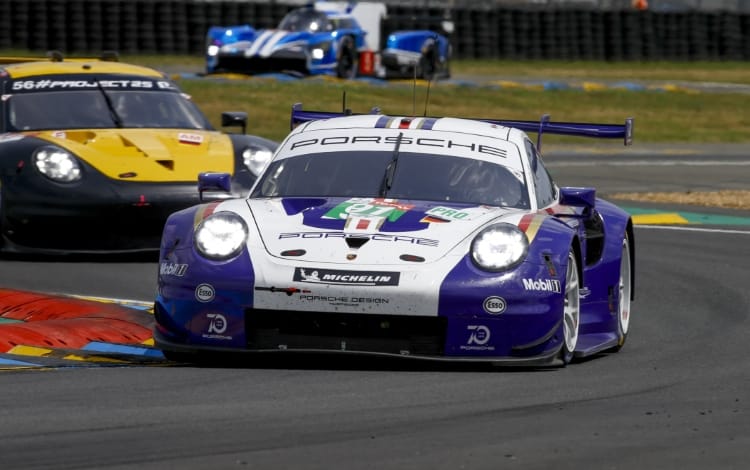 Both of the Porsche GT Teams from the FIA WEC and the North American IMSA WeatherTech SportsCar Championship will tackle the 86th running of the Le Mans 24 Hours.

An optimistic Richard Lietz told us “The Le Mans circuit has improved a lot since last year. It now offers significantly more grip, and there’s less debris on the track. We managed to complete our programme, and we’ve found our rhythm.

“The 911 RSR ran exceptionally well. The retro design has truly overwhelmed me. I admire all the employees who had the courage and the power to pull this off. As a driver, it’s wonderful to climb into such a beautiful car. But at the end of the day, it also has to be fast – and it is.” 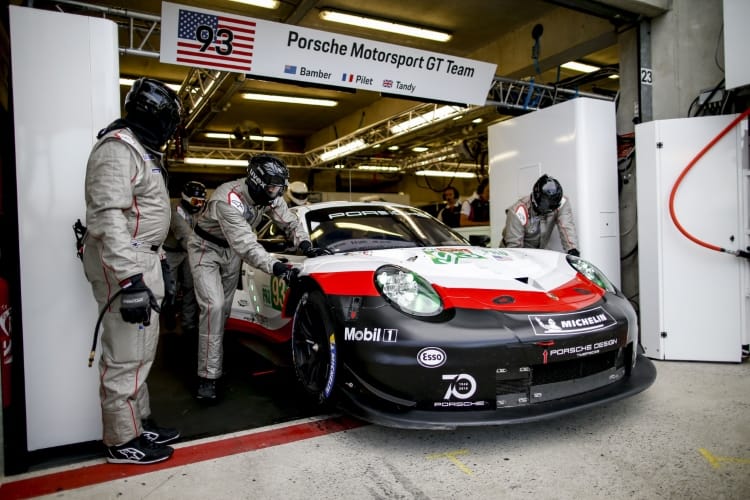 The crew for the third 911 RSR (#93) for the factory squad are Patrick Pilet of France, British driver Nick Tandy and New Zealander Earl Bamber. A cheerful Tandy said “Le Mans is a very special race for me, of course.

“I’ve always raced for Porsche here, and I look forward to competing in the GT class again this year. There are a lot of cars in the GTE-Pro class, and it is going to be hotly contested. The entire team can hardly wait for the race to start.”

The German pairing of Timo Bernhard and Sven Müller, share the #94 911 with respected Frenchman Romain Dumas. Dumas commented, “This will be my first Le Mans race in a GT car since 2013, and I’m looking forward to it. The GTE-Pro grid has never been this competitive. It’s important to focus on our job and not think about the opposition. We’re simply driving our race. I’m sure we’ll do a good job.”.

With Bamber, Bernhard, Dumas and Tandy, there will be four outright Le Mans winners contesting the 24-hour race for Porsche.

In slightly cloudy conditions, all twelve Porsche works drivers worked on optimising various setups at the pre-test. Pilet, Tandy and the New Zealander Earl Bamber reeled off 912 kilometres in the #93 Porsche 911 RSR, making them the fastest on the test day. Richard Lietz, Gianmaria Bruni and Frédéric Makowiecki covered 1034 kilometres in the #91 Porsche 911 RSR and clocked the second-best time in the GTE-Pro category. 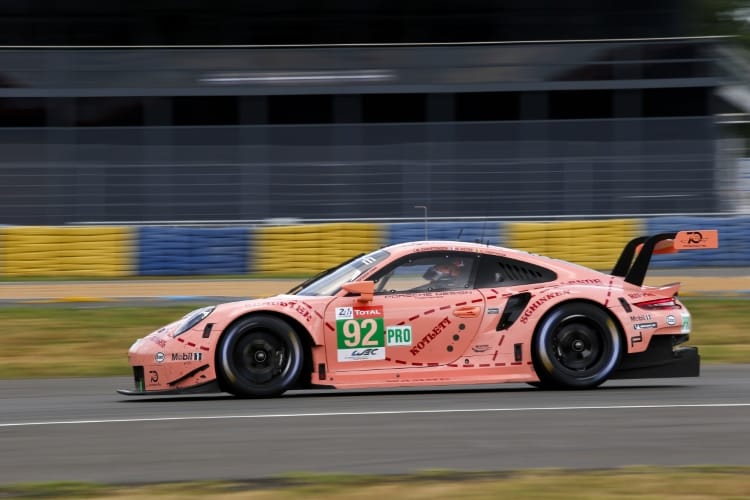 Kévin Estre, Michael Christensen and Laurens Vanthoor in the #92 machine covered a distance of 940 kilometres and were seventh fastest on the timing sheets. Bernhard, Dumas and Müller completed 65 laps and 885 kilometres, with managing the fourteenth best time.