In the British GT, the first five GT4 class races have produced as many different winners representing four different manufacturers. That variety sees the championship’s top-two teams separated by just half-a-point and the first 11 entries covered by the same amount of points that are available for victory this weekend.

Championship leaders Patrik Matthiesen and Callum Pointon also share something in common with their GT3 counterparts Mowle and Buurman, after the victory at Rockingham helped them counter a problematic meeting at Snetterton. As such HHC Motorsport’s #55 Ginetta just about leads Tolman Motorsport’s incredibly consistent Charlie Fagg and Michael O’Brien who is the only crew other than their championship rivals to have picked up points in every race so far this year. 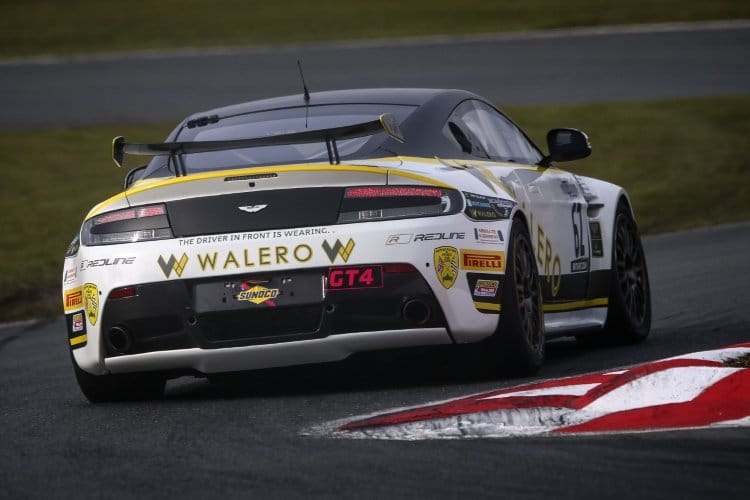 Academy Motorsport’s Will Moore and Matt Nicoll-Jones are arguably the crew to watch right now having outscored every other GT4 team since failing to finish during the first round of the season. Three podiums in as many races put their Aston Martin one place ahead of Snetterton winners Ben Tuck and Ben Green, whose Century Motorsport BMW must serve the maximum 20s success penalty at Silverstone.

But the remaining three full-season marques have also shown promise this year, and none more so than Toyota whose Steller Motorsport built and run GT86 GT4s demonstrated real pace in qualifying at Snetterton.

George will also race as James Holder’s co-driver in the Generation AMR Super Racing Aston Martin. And it’s not a typo! George and Holder last contested a full-season British GT programme together in 2016, which ultimately led to David Appleby Engineering, which runs the Aston Martin V8 Vantage, overseeing the 2018 Jaguar project. George will, therefore, split his weekend between both cars and swap between them during the race.