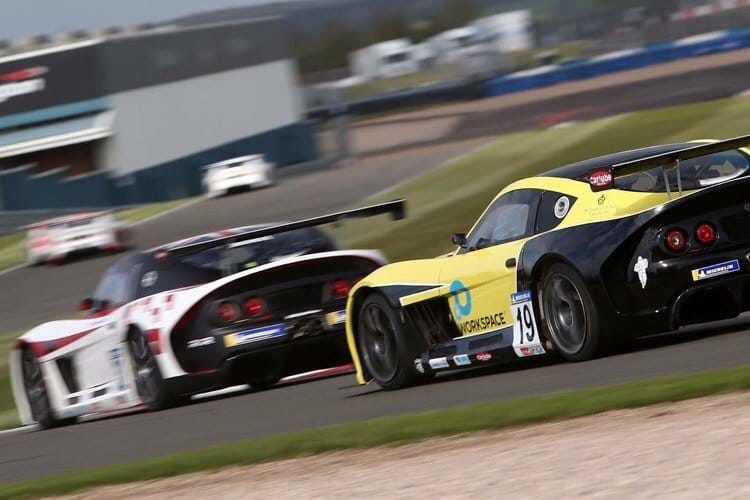 Charlie Ladell leads the Michelin Ginetta GT4 Supercup field into Oulton Park this weekend as he aims to continue his 100% podium record for the season so far.

Ladell holds a twelve point advantage atop the standings after a great start to his second full Supercup campaign, with three wins in the opening six races.

Leading the charge for Rob Boston Racing, the former Clio Cup racer didn’t qualify or finish a race lower than third across the opening two meetings.

As the Supercup returns to action following a six week break since Donington Park, it’s Carl Boardley that heads the chasing pack behind Ladell.

One of the most experienced drivers on the grid, Boardley has finished in the top two on five occasions so far, but crucially only has one victory to his name.

One driver who has announced himself to the championship in style so far this season is Harry King, who has notched three podiums to date.

The Ginetta Junior graduate heads to Oulton with plenty of momentum, having been the quickest driver at Donington with a pole position and race victory.

The other driver on the grid to have taken a race win so far is Tom Roche, who took a Brands podium and added a win at Donington for the second year in a row

Another clear victory contender would be Tom Hibbert, who won both Oulton races last year, but it’s unclear if he will be back on the grid after missing Donington.

Angus Fender has shown he has the pace to be in the mix after qualifying second in both meetings so far and taking a breakthrough podium at Donington.

Following a nightmare debut at Brands, Adam Shepherd bounced back in style with a first podium at Donington, and he’s one to watch as well as the improving Carl Shield.

Reece Somerfield and Andrew Gordon-Colebrooke have enjoyed strong starts, while reigning AM champion Jac Constable has been knocking on the podium door.

Of this year’s AM contingent, it is Jack Minshaw and Michael Crees who have led the way, with former two-time class champion Colin White hot on their heels.

Crees set the pace at Brands Hatch but lost two wins to penalties, before a mechanical issue deprived him of another success at Donington Park.

That leaves him with two wins to his name and a 23 point deficit to Minshaw atop the standings, who has finished off the class podium only once so far.

White is four points adrift of Crees meanwhile having taken the last two victories at Donington, and any of those three could win this weekend.

Hoping to challenge them will be Lucky Khera, Lee Frost, David Brooks and Alex Taylor, all of whom have taken a third place finish apiece so far.

The Supercup field will tackle two races this weekend, one on Saturday afternoon after qualifying and then live on ITV4 at 4.10pm on Sunday.