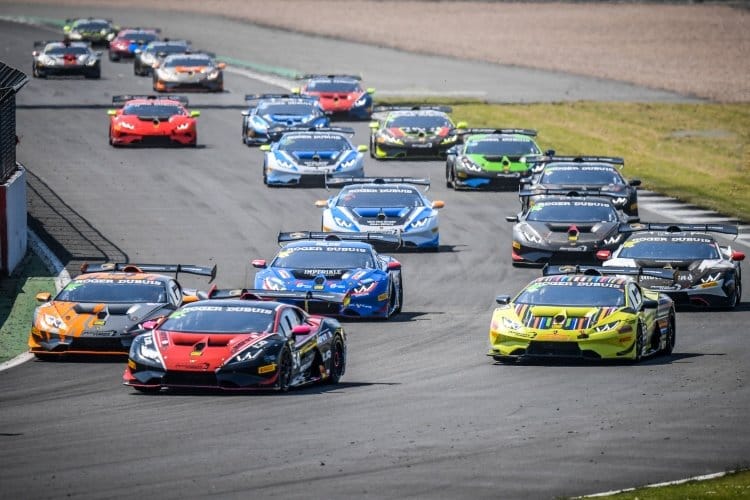 After five years, Lamborghini Super Trofeo Europe returns to the Misano circuit close to the Adriatic in Italy.

The third of the six rounds of the season will take place this weekend (23/24 June 2018). After the Monza and Silverstone rounds, the European series returns to Italy with a line-up of almost 50 cars and both of Saturday’s races taking place at night.

With two victories to his credit, Giacomo Altoé will start the weekend as the Pro class leader. In his first season in the one-make series for Huracán Super Trofeo Evos, the 17-year-old Antonelli Motorsport driver made his debut on the Monza circuit and immediately scored a win together with the young Dutchman Job Van Uitert.

At Silverstone, he took another victory together with the returning Daniel Zampieri, who will share the cockpit with him at Misano. Behind Altoè in the standings is the crew of Imperiale Racing with Karol Basz and Vito Postiglione driving.

The 2017 champions in the Pro class, Loris Spinelli and the Colombian Juan Perez, scored three wins out of four races with the third of the Antonelli Motorsport cars. The duo will be looking to carry on their excellent form at what Spinelli considers to be a home race.

Takashi Kasai, who with team-mate Philipp Wlazik were victorious at Monza, returns to action with the VS Racing squad, but this time he is accompanied by the American August Macbeth.

Edoardo Liberati and Hans-Peter Koller of Vincenzo Sospiri Racing, who took their first podium at Silverstone and finished second in class in the second race at the revered British circuit, will be looking for a similar result in Misano.

In the Am category, the current class leader is the Polish driver Andrej Lewandowski (VS Racing), who scored two wins with Macbeth at Silverstone, will be paired with Piero Necchi for the Misano races.

Six points behind the Pole in the championship standings is Raffaele Giannoni, who dominated the Monza weekend in the Automobile Tricolore Huracan. Just four points behind him are the Germans Manuel Lauck and Florian Scholze and their Dörr Motorsport outfit. 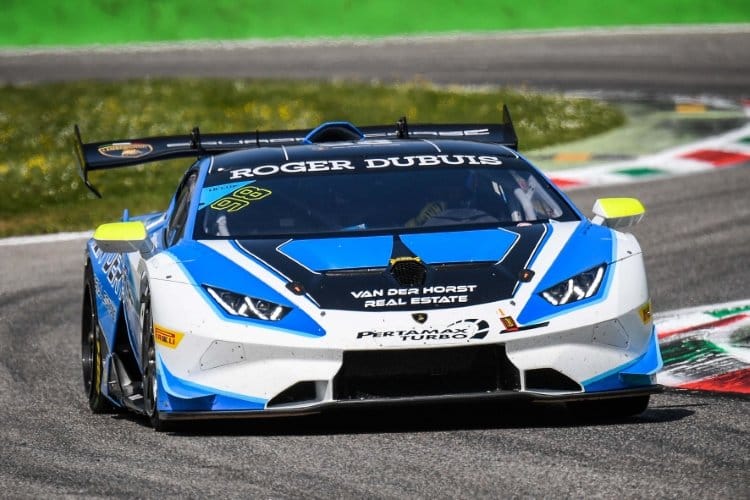 So far, there have been four different winners in the Lamborghini Cup, in which the Dutchman Gerard Van der Horst will challenge his teammate and compatriot William Van Deyzen once again. Seven points separate the two drivers at the top of the leaderboard going into this weekend, so they will be racing for the overall class lead.

The Thai driver, Supachai Weeraborwornpong (Team Lazarus) and the Frenchman Joseph Collado (AGS Events) have both a victory to their credit and are respectively ranked third and fourth in the Lamborghini Cup standings.