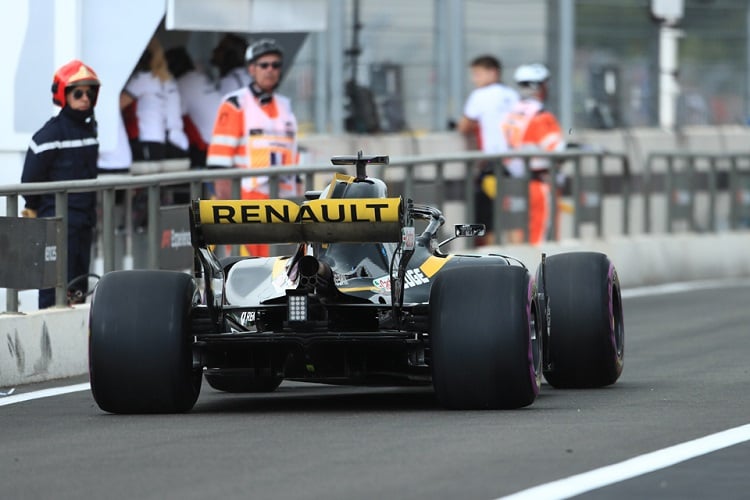 Cyril Abiteboul admits to being impressed by the development rate of Renault Sport’s engine rivals, and particularly singled out Ferrari for the way they’ve made gains with their power unit this season.

The team principal of the Renault Sport Formula One Team said the development of their own engine has been impressive enough, but it has not been enough to close the gap to either Ferrari or Mercedes-Benz, with the British Grand Prix two weeks ago particularly highlighting where the French manufacturer are lacking.

Renault brought an updated engine to the Canadian Grand Prix, but last time out in Great Britain they were unable to match the straight-line speed of either Mercedes or Ferrari down the Silverstone straights, leaving Abiteboul with the knowledge that they have plenty of work still to do.

“I do think Ferrari in particular has made an important step for the past few races, with its works team and also its customer teams. It’s very visible, and we have to factor that into what we are doing, and to the priorities that we put.

“We have to keep on delivering what we’re supposed to deliver on power.”

Abiteboul says Silverstone’s increased dependency of running at full-throttle made the deficit between Renault and their rivals much more noticeable, with higher downforce levels and tyres with much more grip enabling drivers to keep their foot planted to the floor for longer than before.

“It’s really amazing how much the tracks are changing,” said Abiteboul. “Particularly this year with the extra effect of normal aero development and tyres with more grip, but also lots of tracks have been resurfaced.

“We don’t always know what to expect from this resurfacing, and it really was a surprise to see the amount of grip offered by this new Silverstone, and the percentage of the track where you are now on full throttle.

“It makes it one of the most power sensitive tracks that we’ve seen so far. A couple of years ago in everyone’s mind a track like Montreal was one of the most sensitive. It’s actually a joke now, compared to Austria or Silverstone.

“So I think that some of the comments made by the drivers need to be put in the context of the evolution of the track. You don’t necessarily expect that from Silverstone, but in reality this is the new Silverstone.”